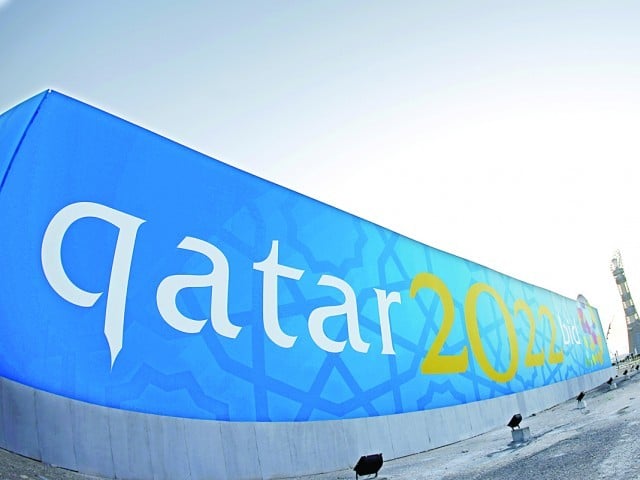 FIFA has been criticised for its decision to award the tiny Gulf state, with lack of football facilities, to host World Cup 2022. PHOTO: AFP

Last week, it emerged that FIFA World Cup 2022 in Qatar will be held in winter rather than summer as is usual raising many an eye brow around the world.

FIFA’s decision to award the tiny Gulf state, which lacks any football facilities, the right to host the sporting event has already been heavily criticised.

But things seem to be get worse day by day, with allegations and reports on concerns about the country’s human rights record and condition of migrant labourers working on football stadium, bribery allegations and lack of football culture in the country, continue to pour in.

Here are seven reasons why we think that the 2022 will be a fail:

One of the biggest criticisms that FIFA had to face was that Qatar’s weather conditions are not suitable to hold the mega event.

Although, the host has promised that it would build air conditioned stadiums for the event, the event is not limited to games only and the temperature in summers could reach over 50 degree Celsius and it is not much better in the winter. The International Trade Union Confederation (ITUC), a body working for Labour Rights, says that an estimated 4,000 workers could die while building those magnificient World Cup stadiums and related infrastructure meaning many of the structures will literally be built on top of dead workers. In its report published in March 2014, the union alleged that as many 1,200 workers have already died since the preparation for the world cup started. During a site visit to Al Wakrah Stadium in Qatar, the ITUC found 38 migrant workers from India, Nepal and Thailand living in squalor with mattresses on the floor in makeshift rooms underneath the bleachers or stadium seats.

The event has already been haunted by the allegations of corruption and bribery.

Britain’s Sunday Times newspaper has alleged that former Qatari football boss, Mohamed Bin Hammam, paid more than $5 million (3.7m euros) to gain support for the emirate ahead of the vote. He is now subject to a FIFA probe.

Entire cities need to be build

In Qatar, football fans would have nothing to do between the games as there is no modern infrastructure there.

So entire cities are needed to be built in order to accommodate and provide the much needed entertainment to visiting fans. Unlike any other nation which has hosted a world cup before, Qatar does not have any world cup ready stadium. It has to built everything from scratch, taking the already high cost further up to over $200 billion, forcing the gulf state to cut the number of stadiums from 12 to only eight.

This is worse than Brazil which upgraded stadiums. No culture of football

Besides the lack of over-all infrastructure necessary to host the biggest sporting event of the world, the country also lacks football culture.

While Qataris like their football and have a domestic structure, it does not fill stadiums like it does in Europe or South America. Recently FIFA proposed to hold the mega event in November-December to avoid the scorching summer temperatures.

A shift to November-December has drawn loud criticism from European clubs who fear major disruption to not only their domestic leagues, but also to trans-national competitions like the Champions League. Traditionally the World Cup is played during the summer break between seasons in June and July. But if the competition is shifted to November and December, it is likely the European clubs will seek compensation.