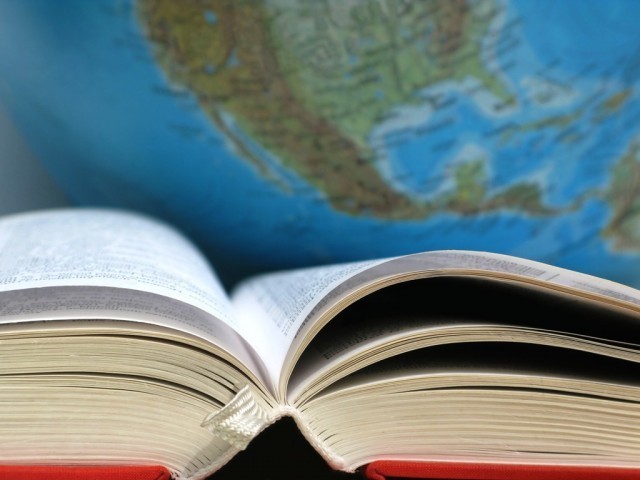 ISLAMABAD: The devolution process may not have brought more scares to anything than education. On one hand, the provinces have not yet put in place a system and realise their responsibilities to address the issues arising in the aftermath of devolution, while on the other, the federal authorities are struggling to maintain their control over devolved subjects.

The situation has led to delays in appointments against important chairs in foreign institutes.

According to Cabinet Division documents, available with The Express Tribune, of the 14 chairs in different countries, seven are vacant and four are under process of nomination.

The purpose of these chairs, apart from educating foreign students, is to create awareness about Pakistan and its history.

The vacant posts were advertised by the Cabinet Division in October 2014 but no significant headway has been made.

The vacant seats include chair of Urdu and Pakistan Studies at Peking University, China. The post has been advertised, but an appointment has yet to be made.

Similarly, an appointment for the same chair at Al-Azhar University, Egypt is under process.

The prime minister approved the appointment of Dr Zahid Munir Amir for the chair, but he has not joined the varsity yet as the case is in process with the Ministry of Foreign Affairs.

The chair of Urdu and Pakistan Studies at Ain Shams University, Egypt is also vacant.

Meanwhile, advertisement for the chair of Allama Iqbal Fellowship at Heidelberg University, Germany has also been floated, but a nomination has yet to be made. Besides, the Quaid-i-Azam Distinguished Professorship at Columbia University, USA is also among the chairs that have yet to be filled.

The prime minister has recently approved the name of Dr Nosheen Ali for Quaid-i-Azam Studies Chair at University of California, Berkley, USA.

Meanwhile, the Urdu and Pakistan Studies chairs at Ankara University, Turkey as well as Tehran University, Iran have been vacant for the past five years.

Dr Ayaz Muhammad from Bahauddin Zakaria University, Multan will take up the position of Urdu and Pakistan Studies chair at Jordan University, Jordan in the near future.

The chair of Urdu and Pakistan Studies, Tribhuvan University, Nepal is under process as University of Peshawar’s Political Science Department chairperson Dr AZ Hilali has been appointed, but the foreign office has yet to give its nod. The same chair is vacant in Kazakhstan’s Abylai Khan University of International Relations and World Languages.

As for the Allama Iqbal Fellowship at Cambridge University, UK, Dr Tahir Kamran’s deputation was extended for two years with effect from June 1, 2013.

The Quaid-i-Azam Fellow at Oxford University, UK, Dr Ishtiaq Ahmed of QAU, was given an extension till September 2015.

The QAU chair in Urdu and Pak Studies at Baptist University, Hong Kong will also fall vacant in August 31 this year.

HEC Chairperson Dr Mukhtar said that since devolution, the issue was in the powers of the Cabinet Division and they were vying to take control of the subject, while opining that it should be put under Ministry of Federal Education and Professional Training.

While talking to The Express Tribune, the ministry’s secretary, Muhammad Raja, said they were in correspondence with the Cabinet Division to bring them under the ministry’s oversight.

“It is unfortunate to see that we cannot even fill the few chairs, while India has such chairs in 108 countries,” said Islamia University Bahawalpur Pakistan Studies Prof Ghulam Ali.