No let-up in Hazara protests 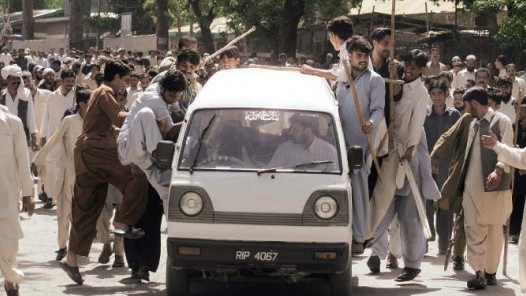 ABBOTABAD: Despite the fact that Khyber Pakhtunkhwa has become the official name of the NWFP after the signing of the 18th constitutional amendment by the President, protests against the renaming continue in Abbottabad and other parts of Hazara with intervals. The leaders of the action committee have now threatened to hold a long march on Islamabad.

The judicial commission constituted by the provincial government headed by Justice Abdul Aziz Kundi has started investigation and recorded statements of more than 40 people. This commission was formed to investigate the April 12 violence incident in Abbottabad in which at least seven people were killed and more than 200 suffered injuries. The four-member ministerial committee constituted by the ANP government to hold talks with representatives of the anti-Khyber-Pakhtunkhwa movement has yet to visit Hazara to hold talks.

The leaders of the action committee for Hazara province headed by former district nazim Abbottabad Sardar Haider Zaman have vowed to continue their struggle for Hazara province. Former Speaker National Assembly Gohar Ayub Khan, former nazim Mansehra Sardar Muhammad Yousaf, former deputy speaker National assembly Sardar Muhammad Yaqoob, former minister for petroleum Ammanullah Khan Jadoon and Dr. Azhar Jadoon were prominent among those holding rallies. Although the provincial government has announced compensation for the victims and injured, exact number of deaths during the violence has yet to be determined.

District Coordination Officer Abbottabad Syed Zaheer ul Islam claimed that five persons were killed during the violence and rejected the media reports that 10 persons were killed. He said that about 100 people were injured in the incident. Interestingly the data provided by both the government hospitals revealed that six people died while 167 sustained injuries while the media reported 10 deaths. Meanwhile, the police had registered a case against some 300 protesters, including some top leaders of the action committee for inciting violence and violating the law but later released all the detained persons.

Newly posted DIG Police Dr Suleman and district coordination officer Syed Zaheer ul Islam has assumed their charges while no action has been taken against the commissioner Hazara and district police officer. The anger and grief amongst the people of Hazara and the otherwise peaceful residents of Abbottabad persists against the police firing incident. The committee has yet to chalk out its future strategy, however it has made it known that it will continue its protests. The PML-N, which always had its stronghold in Hazara, is the ultimate loser in the renaming issue, and none of the party’s elected representatives faced the public in their hometowns since April 12, as their diehard supporters are angry with them. The only option left for them to save their skin, according to one analyst, is to resign from their seats en bloc. 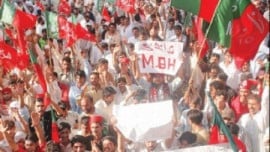 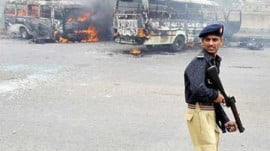 Three years ago, there was blood on the streets 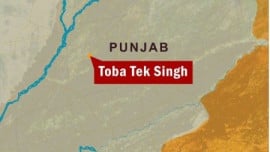 mukhtar salim ahmad | 10 years ago | Reply I, gave me suggestion before that Election commissioner have to announce the election in Hazara, they do not need to request to the Govt of pakistan, Information Minister has already announced yesterday, that Hazara population have the rights for their own provice. Population have already vote for Provience, All over the world are watching , their rights, I hate those peoples who are from the last 200 years , they killing,summaling kidnaping, Bums, looters, and upto date they are trouble in Pakistan. Please push to the local Election Commision and also get the order from the court for other formalities. MORE BETTER, HAZARA POPULATION HAVE TO VOTE DIRECTILY FOR GOVER, FOR MAYER, MEMBERS , there is no need some body to elect the gov/or others members. MEMBER OF THE ASSEMBLY HAVE NO RIGHTS TO TRANSFERS/GAVE PERMIT. AND APPOINTMENTS , every things should be honest, way, Thanks and we pray for the Hazara province.
mukhtar salim ahmad | 10 years ago | Reply to day is the Ist may 2010, and from the last few months, HAZARA population demanding for their rights and PRESIDENT OF PAKISTAN, Prime minister, and all other members, still sleeping and they do not want to say a single word about the population of Hazara, If I was there right now in Hazara, I will changed the name all the places i.e. PROVIENCE HAZARA, and also annownced for the Provience Hazara Election, for the GOVERNAR,PREMIER.MAHIR OF THE CORPORATON, Do not care the Govt of pakistan. I am always agree with all the proviences that is Hazra belong to hazara, punjab belong to punjabi, Kashmir belong to kashmir pouplation and that is their rights what they want. Member of assmably only making money from the different ways, ie Hiring. jobs, transfers, gave permits , and also telling to the police department, do this and do that, otherwise your job will gone. I am surprise, what is the job of a MNA MPA , who gave the permission to them, appointments,permit, threating the secrateries, Chief justice department have to issue a order that NO MNA MPA OR ANY politian not allowed do that kind of business, But it very regretted to say this time no one say about HAZARA POPULATION , what their need. Present time Pathans are the trouble maker ,and if they feel gulity, they have to take action against pathan, do not make their chamcha ghree, SORRY IF THERE IS ANY MISTAKE.
VIEW MORE COMMENTS
mukhtar salim ahmad | 10 years ago | Reply We are the calgarian by birth Pakistani, we are saying HAZARA is belong to hazara population and they have the full rights which kind of name they need, HAZARA POPULATION MADE mistake, they did not took step 50 years before. In my openion, if govt of Pakistan is not accepting their request, make down Pakistani flag from govt offices and schools. I am with Hazara, I will made my house there in Hazara. I00 years before, there was a respect of a pushtoon, but right now, every pushtoon, killing,sumaglling,Bums, Kidnaping , and they are alway saying we are allah, death and life in our hand, if you have money you can go home, or go to pray your real allah. if they kidnaped some body, this the true words of a modern pushtoom. every pushtoon in the police station or outside in the city or villages, they doing same business. Pushtoon kidnaper or pushtoon poice officer, both taking money under the table, and person kidnaped. Peshawar city population are bay-garat and they do not saying to the member of assembly , that they can not right pushto on papers and want to change the name, tomorrow, they will change the currency, and after some time they will the change the pakistan flag, just like bangla desh. , therefore hazara papulation have the rights for their provience.HAZARISTAN.
Zeeshan Abbasi | 10 years ago | Reply PML N has lost its ground in Hazara for a long perid of time. Good Luck PML N. This is the ground reality. Since I am from Hazara and used to be PML N supporter.
Zeeshan Abbasi | 10 years ago | Reply Aik hi nara Sooba Hazara. Please give some coverage to Hazara Valley. Everyday there are protests in the Hazara Valley but there is no one to cover except dailyhazaranews.com.
Shams-ur-rehman | 10 years ago | Reply The people of Hazara may forgive the PML (N) leadership if they resigned en-block. They have betrayed with their voters and supported the Pakhtoonkhaw.
Azhar Shah | 10 years ago | Reply The controvercy created by ANP over renaming the province has divided the peopleinto ethnic groups. Provincial governmenty should come forward to resolve it. The PML(N) MNAs and MPAs should resign and join the protest ,Sardar Mehtab Ahmed Khan has already resigned and has claimed not to withrew his resignation. Other Party leaders should follow the same if they are sinciere with their voters.
Replying to X
Saved ! Your comment will be displayed after the approval.
Error !
Error! Invalid Email.