My government has only one religion, India first: Modi

My government has only one religion, India first: Modi

Indian prime minist­er says nobody has the right to discri­minate on the basis of religi­on
Published: February 27, 2015
Tweet Email 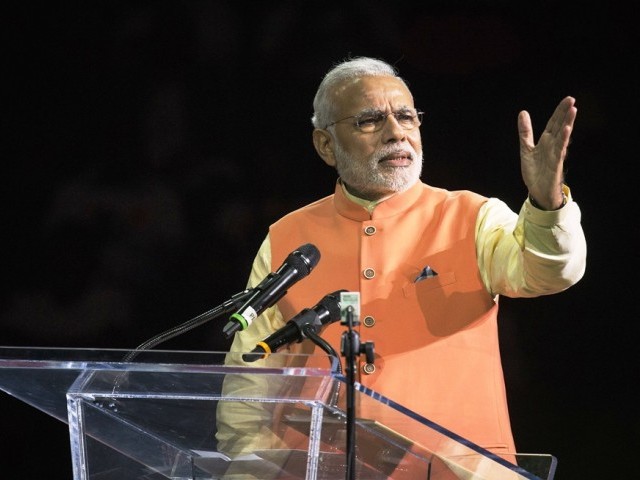 He make the remark in the Indian parliament as a means of assurance to his government’s commitment to tolerance and religious equality, following attacks on churches and Christian institutions in Delhi.

“Nobody has the right to discriminate on the basis of religion,” the Indian premier said, adding that his government has only one ideology: “India and the constitution above all else.”

Interestingly, a week ago, at an event in Delhi, which was organised by Christian leaders, Modi had said his government would ensure complete freedom of faith.

On the other hand, US President Barack Obama, during his visit to India about a month ago, said Mahatma Gandhi would have been shocked to witness the religious intolerance in India recently.

To this, Arun Jaitley, a senior minister, was quick to respond, saying that India has a vast cultural history of tolerance.

Obama had appreciated Indian Prime Minister Narendra Modi’s condemnation of religious-based acts of violence, and welcomed the Indian premier’s assurance that his government will give equal respect to all religions.

The US president discussed the importance of religious freedom and tolerance in India on January 27 during his speech at Siri Fort in New Delhi, according to a statement issued by the White House.

“President Obama underscored that India’s success depended on the nation not being ‘splintered along the lines of religious faith’,” it said.