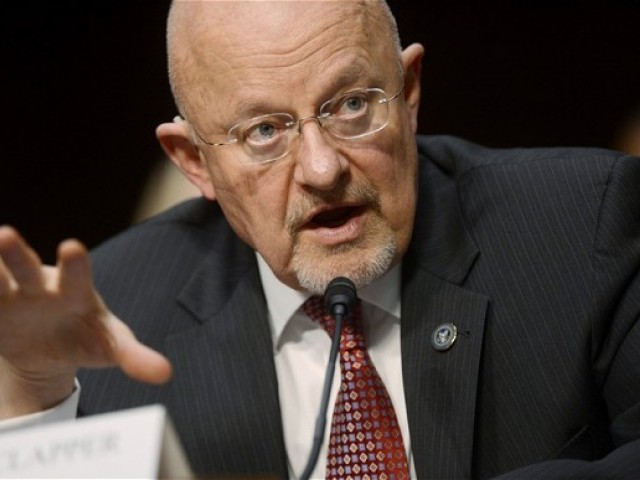 Pakistan’s provision of safe havens to Lashkar-e-Taiba (LeT) will continue to be a key irritant in relations with India,  Director of US National Intelligence James Clapper claimed in his testimony on “World Threat Assessment of the US Intelligence Community”.

Presenting the report in a hearing of the United States Senate Armed Services Committee on Thursday,  Clapper said  in 2015, the Pakistani government will probably focus on diminishing the capabilities of the outlawed Tehreek-e-Taliban (TTP), which claimed the attack on a school in December – leaving over a 100 children dead.

On relations with Afghanistan, the testimony said, “We judge that Pakistan will aim to establish positive rapport with the new Afghan government, but longstanding distrust and unresolved disputes between the countries will prevent substantial progress.”

He said the premier’s pledges to tackle energy, economic and security issues in the country fell short of high public expectations.

“The premier’s standing weakened when he reportedly sought the Army’s assistance to handle the protracted opposition protests in the second half of 2014, ” he added.

“Pakistan will probably continue to implement some economic reforms,” he further said.