Watch what you eat: Report confirms teenager died after eating a burger ‘not fit for consumption’

Watch what you eat: Report confirms teenager died after eating a burger ‘not fit for consumption’ 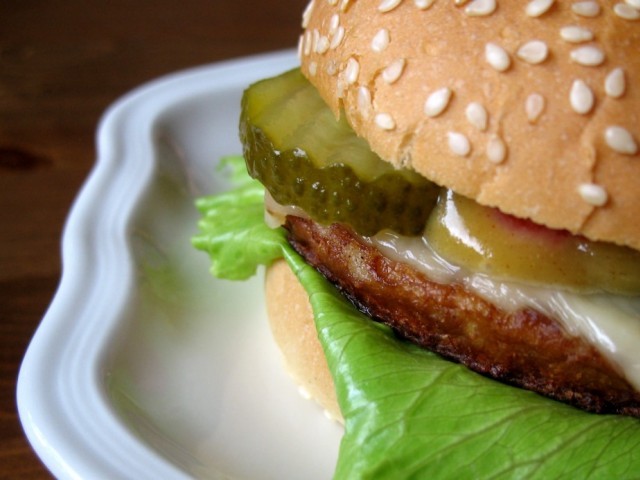 Kanza, a student of class eight, died a few days ago and her mother and two younger siblings fell ill, the family claimed, after consuming burgers at the Dilpasand Sweets’ North Nazimabad branch. STOCK IMAGE

KARACHI: Kanza’s half-eaten burger, according to a test conducted by the Pakistan Council of Scientific and Industrial Research, was not fit for human consumption.

A copy of the report, which is available with The Express Tribune, proves that the burger was toxic and the main cause of her death. Class-eight student Kanza Ahmed died on January 29 while her mother and two younger brothers fell sick after having four chicken burgers from Dilpasand Sweets’ North Nazimabad branch.

The report reads that the burger had traces of coliform as well as Bacillus Cereus — two forms of bacteria. The report was issued by the laboratory to the office of the police superintendent in district Central on February 13 but was not made public. The father of the deceased, Dr Muhammad Ahmed Bari, got his hands on the report on Monday. He had paid Rs8,000 to get the test done at the centre more than a week ago.

According to Dr Jabbar who initially treated Kanza at Hi-Life Hospital, the teenager had been vomiting and was suffering from a bad case of gastroenteritis. “In medical terms this means that she had food poisoning,” he told The Express Tribune. “This happens when a bacteria releases toxic and enters into the bloodstream and can be deadly.”

Dr Jabbar explained that such bacteria do not die soon. “It can take four to five days to lose its affect — in some cases it may take a week or more,” he said. “It all depends on the intensity of the toxicity.” He added that he was not certain which bacteria had claimed Kanza’s life and said they would need to conduct an autopsy to find out.

As Kanza had difficulty breathing in her last few moments, the doctor suspects that it might have been a bacteria known as neurotoxin. “The bacteria can affect the nerves, which are directly linked to our respiratory system,” said Jabbar. “Kanza was discharged after treatment and went back home around 3:30pm. She was brought back to the hospital around 4pm and was complaining about having difficulty in breathing.” He added that there was a drop in oxygen flow to her blood and her lungs were not functioning properly.

He explained that, by this time, Kanza had to be put on a ventilator. Her mother, who is also a doctor, took her to Ziauddin Hospital, which is less than five minutes away, in her own car.

According to the treatment certificate from Hi-Life Hospital, a copy of which is available with The Express Tribune, Kanza was suffering from moderate dehydration associated with sunken eye. Her breathing was normal and after an abdominal examination, the doctor found that there was tenderness over the epigastrium — this means that her abdomen was probably hurting. Her respiratory rate was 44 per minute, which was unusual as it is between12 to 16 per minute.

Kanza was given Ringer lactate 1,000 cc drip to treat the dehydration and electrolyte imbalance. A Ciprofloxacin injection was given to her to treat the infection along with a meta colon injection to stop the vomiting. The report said that the hospital had advised the family to get the girl admitted.

According to Dr Yousuf Sattar of Ziauddin Hospital, Kanza was dead by the time they brought her to the hospital. “The family just wanted to know if she was alive,” he told The Express Tribune. “We gave her cardio pulmonary resuscitation (CPR) three times but there was no sign of life.” By 6:30am, the doctor pronounced her dead.

Her brothers, who also fell sick after eating the burger, were treated at Ziauddin Hospital and are doing better now.

No to sifarish culture: SHOs to be appointed on basis of eligibility, performance