Imran says it was an unprov­oked act of aggres­sion and is in violat­ion of all intern­ationa­l laws
By Our Correspondent
Published: February 19, 2015
Tweet Email 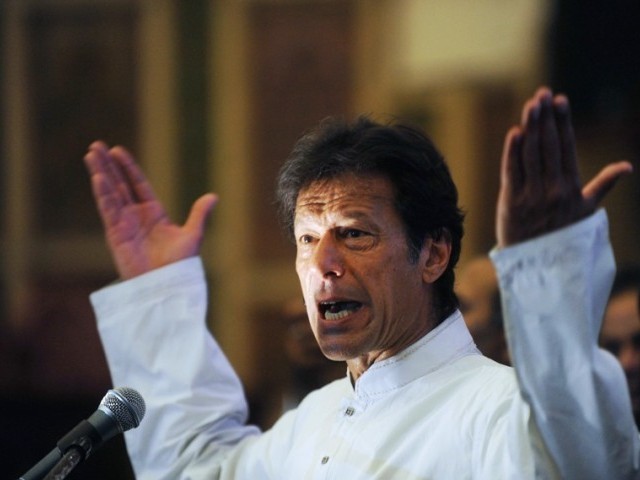 ISLAMABAD: The Pakistan Tehreek-e-Insaaf (PTI) has demanded the government to immediately investigate and take appropriate action against India’s latest act of aggression in reference to the a Pakistani boast which was blown up by the Indian coast guard, adding that a “muted” statement by the defence minister is not sufficient.

“This unprovoked act of aggression is in violation of all international laws. That the boat was given no warning shows the aggressive Indian intent,” he added.

Imran further said that in order to cover up this illegal and inhuman action of their coastguards, the Indian government turned to lies, alleging the occupants were terrorists who blew themselves up. Now, the coastguards’ action has been revealed, the statement said.

“What is also clear is that the boat was probably that of poor Pakistani fishermen slaving away to feed their families, just as Indian fishermen do; both Pakistan and India are aware that often these poor fishermen stray into each other’s territorial waters, and are caught and then eventually sent back to their country. But, this time the boat was in international waters and the Indian coastguards’ action illegal,” the statement added.

On Wednesday, Defence Minister Khawaja Asif took notice of the reports that India’s DIG Coastguard admitted he had ordered a Pakistani boat to be blown up. Asif said that the incident “tore off India’s veil of being a peaceful country of the region.”

“…Pakistan’s desire for peace and coexistence in the region must not be seen as our weakness. The international community must also take notice of the incident which is tearing off India’s veil of being a peaceful country of the region,” a statement released by the defence ministry stated.