Group will raise $300 millio­n from intern­ationa­l debt market­s for invest­ment in US fertil­iser plant.
By Our Correspondent
Published: February 19, 2015
Tweet Email 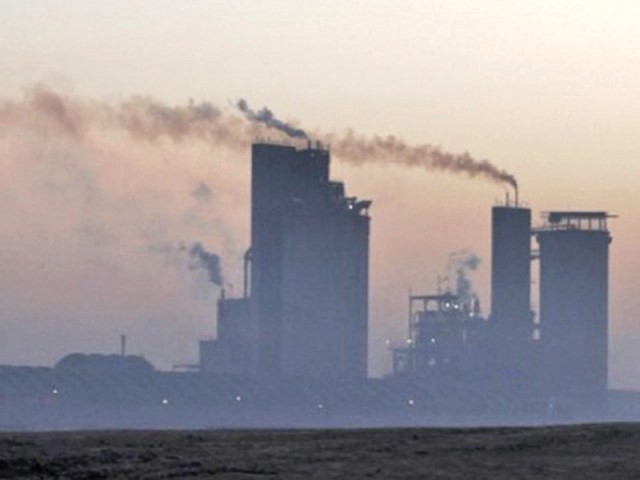 The company is participating in a global consortium to set up a nitrogen fertiliser plant in the state of Indiana, US. PHOTO: FILE

The government has decided, in principle, to allow the Arif Habib Group to raise $300 million from international debt markets and invest as equity in the Midwest Fertilizer Plant in the United States.

It agreed to give necessary regulatory approvals for issuing international bonds. The permission for investing abroad was approved during a meeting on Wednesday between Finance Minister Ishaq Dar and a team of Fatima Fertilizer, led by its chairman Arif Habib.

The State Bank of Pakistan (SBP) would back the bonds, which will be issued in compliance with US regulations.

The Ministry of Finance will send a summary to the Economic Coordination Committee (ECC) of the cabinet to get the approval.

Fatima Fertilizer will issue seven-year bonds in international markets to raise debt for investing in the Midwest Fertilizer Plant, said Arif Habib while talking to The Express Tribune. The group will retire the debt from its dividend earnings and divestment of shares in the Midwest plant.

Habib said that Fatima Fertilizer will have 35% shareholding in Midwest Fertilizer along with management control. The remaining ownership rests with a consortium of international investors.

The company is participating in a global consortium to set up a nitrogen fertiliser plant in the Indiana state. The plant’s production capacity is said to be 2.4 million tons and it will cost $2.4 billion.

As the Arif Habib Group gets the official endorsement, the government has yet to give permission to Attock Cement for equity investment of $20 million in a cement plant in Iraq.

The group made a request over a year ago and is now facing pressure from its partner to remit the money.

The requirement of ECC approval highlights the tight government control, though the purpose of strict control could be achieved with an effective regulatory regime without involving the cabinet.

During the meeting, Ishaq Dar also sought Arif Habib’s help to resolve the issue of Gas Infrastructure Development Cess (GIDC). The government has imposed GIDC on fertiliser and other manufacturing units and these companies have taken the government to court.

Arif Habib Group’s unit, Fatima Fertilizer, has been affected by the government’s decision, along with Engro Fertilizers, which is owned by another billionaire, Hussain Dawood.

Officials said Habib wanted the government to take back its decision, as his fertiliser plant, which is established under the 2001 fertiliser policy, was protected from any new taxation for a fixed period.

The government has imposed Rs300 per mmbtu GIDC on the supply of gas to all fertiliser plants. According to industry sources, fertiliser companies would not be in a position to pass on the impact since global urea prices are lower than prevailing local prices.

The owners of the two fertiliser plants were demanding that the government respect the 2001 fertiliser policy that ensures protection against any new taxation. The government would take their demand to the ECC for a decision after a meeting of all the stakeholders, which will be convened soon.