The fate of ODIs may rest in Pakistan, India hands

The fate of ODIs may rest in Pakistan, India hands

The final ball of the first day of the 2015 World Cup was an apt conclu­sion to the day’s action­
By Taha Anis
Published: February 15, 2015
Tweet Email 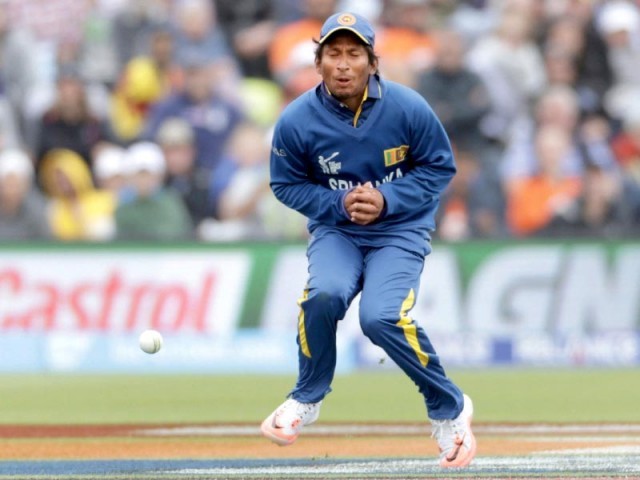 The final ball of the first day of the 2015 World Cup was an apt conclusion to the day’s action. An incredible in-swinging yorker from Josh Hazlewood caught James Taylor — batting on 98 — on the pads.

Up went Hazlewood, up went the 85,000 inside the Melbourne Cricket Ground (MCG), up went Aleem Dar’s finger.

It was all over, or was it.

Taylor reviewed, hawk-eye showed it was missing leg. Wrong decision. But then Glenn Maxwell’s direct hit caught James Anderson short of his ground at the other end.

It was now all over, or was it.

An ICC release later on revealed that the ball was dead from the moment Dar had raised his left index finger. The run out should not have counted, the match should not have been over. Taylor was denied a century and amidst the confusion, the MCG was denied a chance to properly celebrate Australia’s first win.

The farcical overshadowed the brilliant and it had been so for most of the day.

Aaron Finch dispatched England’s bowling with gross ease but he shouldn’t even have been out there in the middle. He was dropped in the very first over of the game by Chris Woakes off James Anderson. He went on to make 135, before he was found short of his ground by an Eoin Morgan direct hit, when in all honesty he should not have been attempting to take on the England skipper.

Glenn Maxwell and Corey Anderson showcased their hitting prowess but both were helped by some clueless length bowling at the death. New Zealand’s last 100 runs came off 57 balls as the home side unleashed Corey Anderson. Australia managed to better that and got their last 100 off 50 balls.

Sri Lanka’s two frontline bowlers — Lasith Malinga and Nuwan Kulasekra — went for 162 in the 18 overs they bowled between them and got one wicket, when Corey Anderson holed out to Kulasekra on the last ball of the innings. England’s frontline pacers – James Anderson and Stuart Broad – fared a little better but still gave away 133 in 20 overs and claimed two wickets.

The winner of both ties was apparent by the time the first innings ended — New Zealand’s on 331, Australia’s on 342. Just 25 overs into the chases, the result was a foregone conclusion. New Zealand won by 98 runs, Australia by 111.

The co-hosts sent out an ominous message to the 12 nations that have dared to challenge them in their backyard but for the neutrals, the matches were too one-sided — not due to brilliant winning sides but due to inept losing ones.

The performance of the players disappointed and, true to theme, the captains baffled in equal measure. Chasing 343 without Ravi Bopara’s firepower, England were always just trying to avoid a morale-seeping loss and ensuring a respectable net run-rate at the end of it; they failed to do either.

Jeevan Mendis bowled only two overs in the Sri Lanka innings, ending with figures of 2-5, and was not tossed the ball again by skipper Angelo Mathews despite dismissing the dangerous Kane Williamson and Ross Taylor on consecutive deliveries. The brilliant, yet again, was overshadowed by the farcical.

Many fear that the extended format of the World Cup will lead to many meaningless and one-sided matches further into the group stages. But on the opening weekend, the ICC gave us the best it had to offer, and its best was nowhere near good enough.

Now it is up to the biggest game in this sport – Pakistan v India – to salvage what was billed as a ‘blockbuster weekend’. The tie seldom disappoints. It may be too early to say so, but with the world of cricket changing fast, it may be up to this tie to ensure that 50-over cricket does not lose its place to 20-over.

The winner does not matter, but the spectacle certainly does. Never has the journey been more important than the destination. Now, there is more at stake than just two points, more at stake even than the pride of two cricketing behemoths, or the joy of 1.3 billion obsessive fans. Now, the very fate of ODI cricket may rest on the 22 shoulders that take to the Adelaide Oval on February 15. No pressure gentlemen.