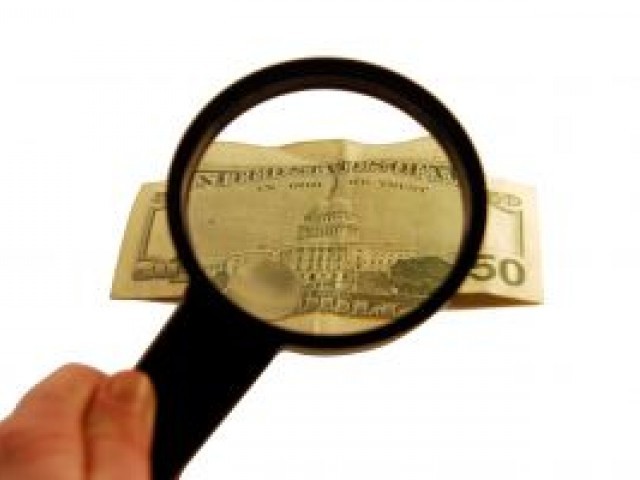 “The Rs4.7 million loss was the result of unwarranted negligence of AEDB officers dealing with the matter of hiring office accommodation,” stated the report presented to the PAC. STOCK IMAGE

ISLAMABAD: The Public Accounts Committee has refused to hold retired military officers responsible for negligence in managing public funds at the Alternative Energy Development Board, despite a six-year investigation finding them culpable of inflicting a Rs4.7 million loss to the public purse.

The findings of the investigation were shared with the PAC by the water and power ministry on Wednesday, but the PAC decided to defer action, and asked the ministry to take another two weeks to find out who was responsible. The outcomes of the fact-finding report confirm the results of an inquiry launched by the AEDB itself in 2010.

“The Rs4.7 million loss was the result of unwarranted negligence of AEDB officers dealing with the matter of hiring office accommodation,” stated the report presented to the PAC.

The fact-finding team said they faced difficulties in their investigations since “the main file on the case in the Ministery of Water and Power is not traceable,” implying that it may have been deliberately removed.

The AEDB is responsible for promoting solar and wind energy in Pakistan. Retired air marshal Shahid Hamid, CEO of the AEDB in 2007, as well as brigadier (retd) Nasim A Khan, who was then AEDB secretary, and air commodore (retd) Shahzada Khalid, who was then a director general at the AEDB, were held responsible for negligence in finding a building for AEDB headquarters.

In February 2008, the AEDB management rented an office building with 16,865 square feet of covered space at Rs35.64 per square foot per month, as opposed to the government-mandated limit of Rs10 per square foot per month. The difference translates into Rs421,625 per month. The building’s unattested drawings provided by the owner showed a covered area of Rs13,516 square feet, which caused the AEDB to pay Rs4.7 million more in rent than the government-mandated limit.

AEDB officials were of the view that, according to the measurements, the covered area was, in fact, not more than 10,000 square feet, adding that the owner’s claim about the covered area being 13,516 square feet was also incorrect. “The AEDB finalized the agreement without availability of even the map of the house, let alone the other required documents,” said the water and power ministry report.

In February 2010, the then CEO of the AEDB sought advice from the ministry on rent payments after finding out that the covered area was actually less than was previously represented. Instead of ordering immediate suspension of extra payment, the ministry directed the AEDB to pay rent to the owner as per lease agreement till expiry of the order. This led to an extra payment of Rs1.7 million.

The AEDB management had entered into an agreement with the owner on Dec 31, 2007, and occupied the house on Jan 7, 2008. The lease agreement was signed by retired Brigadier Nasim Khan, the then secretary AEDB in presence of retired Air Commodore Qamaruddin, who was the project developer, and retired Air Commodore Shahzada Khalid, then a director general at the AEDB.