Ad that went viral shows how India have defeat­ed Pakist­an in the tourna­ment five times in a row since 1992
By Web Desk
Published: February 8, 2015
Tweet Email 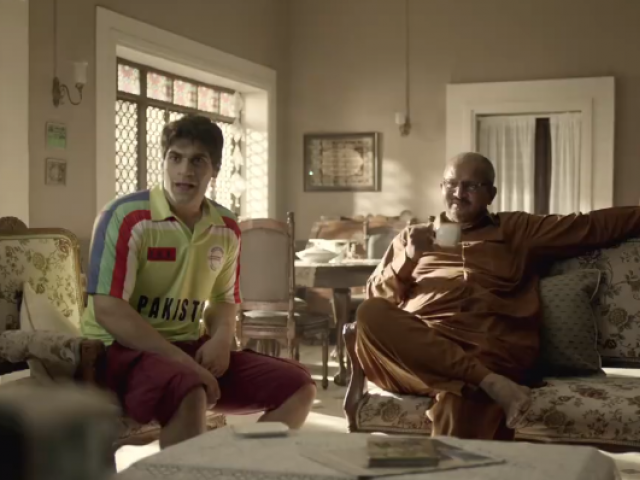 KARACHI: India hit a raw nerve with their World Cup advertisement showing how they have defeated Pakistan in the tournament five times in a row since 1992.

The advertisement, that went viral on social media, shows a Pakistani watching the India vs Pakistan match in 1992, 1996, 1999, 2003 and 2011. The footage shows how India defeated Pakistan in all five matches and the man brings out fireworks and doesn’t get to light them.

In the end, the man looks disappointed and says: “Kab phorangay yaar?”

The Indians should be commended for their creativity, no doubt. But this year, we hope Pakistan break the jinx on February 15!

Here is the much talked about ad: