Parents of US hostage appeal to Islamic State captors

Parents of US hostage appeal to Islamic State captors

"This news leaves us concer­ned, yet, we are still hopefu­l that Kayla is alive," the parent­s said
By AFP
Published: February 7, 2015
Tweet Email 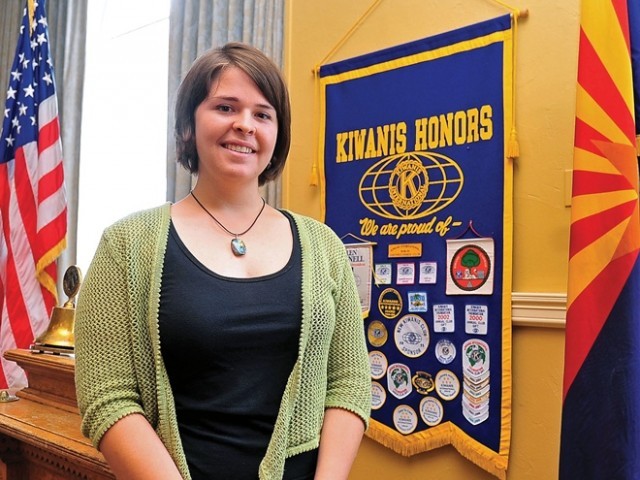 WASHINGTON: The parents of a US hostage who Islamic State militants claimed had been killed in an airstrike said on Friday they were “hopeful” she was still alive and appealed to her captors to contact them.

The militants said Kayla Jean Mueller had been buried under rubble after a raid by a Jordanian warplane in the Syrian city of Raqa, the extremists’ self-proclaimed “capital.”

But Washington said it had no proof to support the claim and refused to confirm her death as the parents of the 26-year-old aid worker from Arizona held out hope that she hadn’t been killed.

“This news leaves us concerned, yet, we are still hopeful that Kayla is alive. We have sent you a private message and ask that you respond to us privately,” Carl and Marsha Mueller said in a statement published on NBC News.

They appealed for her safe return, and said they had previously been in touch with Islamic State militants following her kidnapping in August 2013.

“You told us that you treated Kayla as your guest, as your guest her safety and wellbeing remains your responsibility,” they said.

“Kayla’s mother and I have been doing everything we can to get her released safely.”

Meanwhile, Jordan — still reeling from the brutal murder of one of its pilots by the jihadist group — also rejected the claim, calling it an “old and sick trick” to deter coalition strikes.

“The plane from the crusader coalition bombed a position outside the city of Raqa after Friday prayers,” IS said in a statement posted on jihadist websites.

“No fighter was wounded but we can confirm that an American hostage was killed in the strikes.”

The claim came as Amman said dozens of its jet fighters had struck IS, widening their campaign from Syria to include targets in neighboring Iraq.

Jordan is part of the international coalition battling the Sunni extremist group, which has seized swathes of territory in Syria and Iraq and imposed an extreme interpretation of Islam on the areas under its control.

Jordan had vowed an “earth-shattering” response after the jihadists burned one of its fighter pilots alive and released a video of the gruesome execution.

Washington stressed it had not seen any proof that Mueller, a 26-year-old aid worker from Arizona, had been killed. IS did not post any pictures of a body with its claim.

“We are obviously deeply concerned by these reports. We have not at this time seen any evidence that corroborates ISIL’s claim,” said National Security Council spokeswoman Bernadette Meehan, using another acronym for the IS group.

Mueller’s family described her as “extremely devoted to the people of Syria,” adding that she had “devoted her career to helping those in need in countries around the world.”

She traveled to the Syria-Turkish border in 2012 to help refugees fleeing the civil war and was captured in Aleppo after leaving a Doctors Without Borders hospital.

Jordan’s Foreign Minister Nasser Judeh denounced the IS claim on Twitter as “an old and sick trick used by terrorists and despots for decades: claiming that hostages human shields held captive are killed by air raids.”

In Jordan thousands of people, including the nation’s Queen Rania, marched on Friday to demand retribution against IS for the horrifying murder of pilot Maaz al-Kassasbeh.

“We are all Maaz… We are all Jordan,” they chanted. Some held placards aloft that read: “Yes to punishment. Yes to the eradication of terrorism.”

Queen Rania joined the marchers after weekly prayers at the Al-Husseini mosque, holding a portrait of the pilot with the words “Maaz the martyr of righteousness.”

She told the BBC that the battle against IS “is absolutely Jordan’s war,” but that “to win it we need help from the international community.”

Foreign Minister Judeh told CNN Jordan would hit the militants with all its might.

“We’re going to go after them and we will eradicate them… We are at the forefront. This is our fight,” he said.

The Syrian Observatory for Human Rights, a British-based monitoring group, said more than 30 IS fighters were killed in coalition raids Friday around Raqa.

US authorities have never given figures on the number of Americans kidnapped in Syria, sticking to a State Department policy of complete silence on any citizens held hostage abroad.

“They have lied that our pilot is alive and tried to negotiate claiming he is alive while they had killed him weeks before,” Momani told AFP.

IS offered to spare Kassasbeh’s life and free Japanese journalist Kenji Goto — who was later beheaded — in exchange for an Iraqi woman, Sajida al-Rishawi.

The failed suicide bomber was on death row in Jordan for her role in triple hotel blasts in Amman in 2005 that killed 60 people.

But Jordanian television suggested Kassasbeh was killed on January 3, before IS offered to spare him and free Goto in return for Rishawi’s release.

Jordan hanged Rishawi after IS released the video showing the murder of the pilot, who was taken prisoner in December after his F-16 crashed in Syria.

Militants have flocked to Syria since anti-government protests broke out in 2011 and escalated into a multi-sided civil war in which more than 200,000 people have died.