Abdul Basit says the releva­nt docume­nts and their conten­ts are being examin­ed at this stage.
By AFP
Published: November 29, 2010
Tweet Email 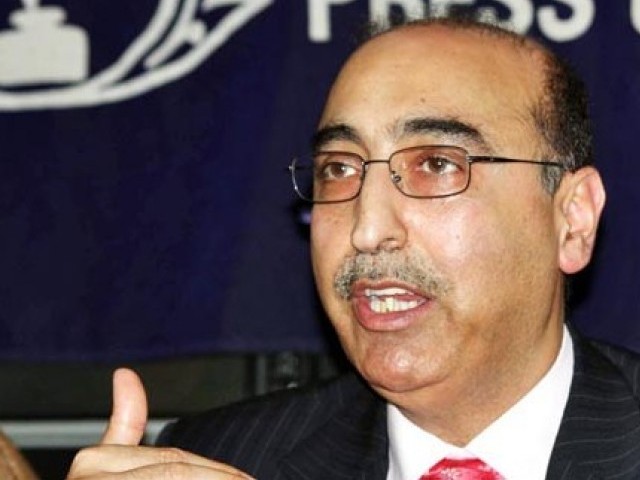 FO spokesperson Abdul Basit said the documents were being examined.

ISLAMABAD: Pakistan, on Monday, condemned the release of what the New York Times called a quarter of a million confidential American diplomatic cables released by whistleblower WikiLeaks, as an “irresponsible disclosure of sensitive official documents”.

The foreign office said it had been offically informed of the leaks by the US government in advance.

“At this stage we are examining the relevant documents and their contents,” ministry spokesman Abdul Basit told AFP when asked about the Times report.

The leaked cables revealed that the US has led top secret efforts to remove highly enriched uranium from Pakistan for years, worried it could be used to make an “illicit” nuclear device.

In May 2009, it quoted then US ambassador Anne Patterson as saying that Pakistan was refusing to schedule a visit by American technical experts. The Times attributed the reason to a nameless Pakistani official who said: “If the local media got word of the fuel removal, ‘they certainly would portray it as the United States taking Pakistan’s nuclear weapons'”. Islamabad has been adamant that its nuclear weapons are in safe hands and US President Barack Obama has publicly concurred. But the Times said the leaked documents showed the United States trying to remove the uranium from a research reactor, fearing it could be diverted for use in an “illicit nuclear device”. The newspaper did not elaborate on how the United States had sought to remove the uranium or the nature of any such device. Experts estimate that Pakistan already has up to 100 nuclear weapons.

The United States has longstanding concerns about proliferation from Pakistan and is reported to have set up an elite squad that could fly into the country and attempt to secure its weapons should the government disintegrate.