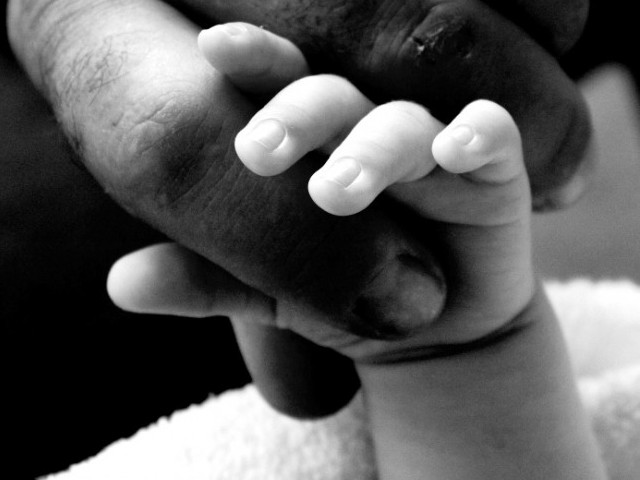 A toddler was sexually assaulted before being strangled to death in the Nazimabad neighbourhood of the metropolis on Tuesday.

One-and-a-half-year old ‘Z’ crawled out of her house following two of her elder family members, who had gone out to buy medicines. “She went missing at 10:30am and her body was found dumped close to her house over an hour later,” a police official said.

Rizvia Police Station SHO Mazhar Iqbal said residents informed the police about the discovery of the child’s body. “However, by the time the police reached the spot, the family had taken the body inside the house. Later, the police brought it to the Abbasi Shaheed Hospital for medical examination,” he said.

“The child was sodomised,” declared additional police surgeon Dr Rohina Hasan.  “The cause of the death, however, isn’t sexual assault but strangulation,” she said, adding that marks of injuries were visible on the toddler’s mouth and neck.

“The culprits in most such cases kill the children to avoid being identified,” she said, adding that it was not the first time a toddler girl was abused and strangled to death. The police said investigation into the incident was under way.

(Name of the victim has been changed to protect identity)

The star-k difference between Misbah and Afridi