Resolu­tion pendin­g at the UN for nearly two decade­s was propos­ed by India
By Our Correspondent
Published: February 3, 2015
Tweet Email 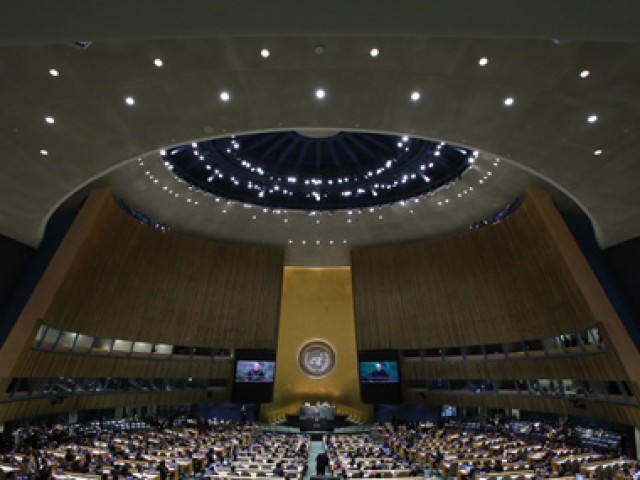 NEW DELHI: China and Russia decided on Monday to back the Comprehensive Convention on International Terrorism (CCIT) — a resolution supported by India and heavily biased against Pakistan.

At a meeting of Russia-India-China (RIC) in Beijing, Indian External Affairs Minister Sushma Swaraj said her counterparts from the two countries understood the need for endorsing the resolution that has been pending at the UN for nearly two decades and seeks to widen the existing definition of terrorism.

The CCIT was proposed by India in 1996 in lieu of Pakistan allegedly backing Kashmiri separatists.

In Tuesday’s meeting, the RIC communiqué vouched to oppose terrorism of all forms and called all countries to join efforts in combating terrorism together with the United Nations.

Speaking at a press conference after the RIC meeting, Swaraj told reporters: “Our discussions on terrorism brought consensus on two issues. Firstly, there can be no ideological, religious, political, racial or any other justification for the acts of terrorism and secondly the need to bring to justice perpetrators, organizers, financiers and sponsors of these acts of terror.”

Swaraj added that the ministers emphasized the need to step up information gathering and sharing and prevent the use of the Internet and other information and communication technologies (ICTs) for the purposes of recruitment and incitement to commit terrorist acts.

Rumour has it: Fawad Khan to romance Aishwarya Rai Bachchan?