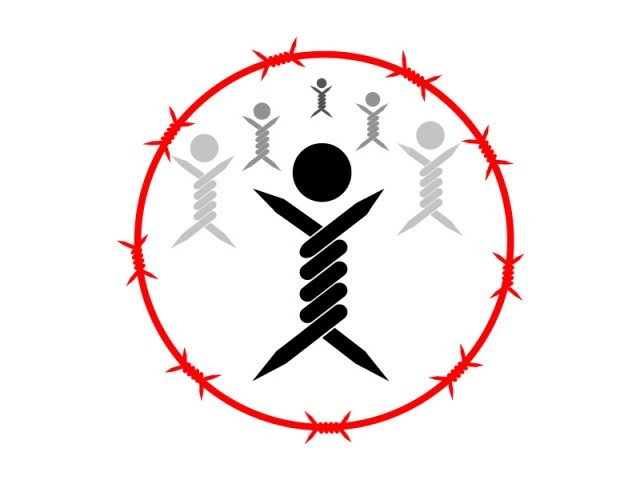 The 25th edition of the report reviews human rights practices in more than 90 countries. In his introductory essay, the group’s executive director Kenneth Roth urges governments to recognise that human rights offer an effective moral guide in turbulent times, and that violating rights can spark or aggravate serious security challenges.

“Pakistan’s government did little in 2014 to stop the rising toll of killings and repression by extremist groups that target religious minorities,” said Phelim Kine, deputy Asia director at Human Rights Watch. “The government is failing at the most basic duty of government — to protect the safety of its citizens and enforce rule of law.” The report notes that “institutionalized discrimination” fostered violent attacks on religious minorities.

Karachi remains a hotbed of sectarian violence, with at least 750 sectarian targeted killings in Karachi from September 2013 to September 2014, the report notes.

Across the border, incidents of violence against religious minorities, particularly Muslims, in India spiked in 2013 in the run-up to national elections, the report states, as 133 people were killed and 2,269 injured in 823 incidents.

Ongoing rights concerns in Balochistan related to enforced disappearances, extrajudicial killings, and torture remained unaddressed in 2014, HRW said. A lack of government response to continuing rights abuses in Balochistan fostered a long-standing culture of impunity and the human rights situation in the province is described as “abysmal”.

Abuses against women and girls – including rape, ‘honor killings’, acid attacks, domestic violence, and forced marriage – remained common in 2014 in Pakistan. In July, religious extremists committed a series of acid attacks on women in the Balochistan province.

Women who are members of religious minorities are noted to be “particularly vulnerable”, the report states, adding that “at least 1,000 girls belonging to Christian and Hindu communities are forced to marry male Muslims every year”. The coercion often originates from the prospective bridegrooms’ families, and failure to comply can prompt serious violence against the girls and their families. The government has failed to act to stop such forced marriages, HRW said.

On June 30, the military launched an offensive involving more than 30,000 troops against the Tehreek-i-Taliban Pakistan in North Waziristan and the report states, “Civilian casualties remained hard to assess due to severe military restrictions on independent media access to the conflict zone.”

HRW estimates that the conflict has displaced nearly 1 million people in squalid camps where the government has “failed to provide adequate supplies of potable water, sanitation facilities, and health care”.

The report notes that the PPA, passed in July, is “an overly broad counterterrorism law that violates international human rights standards and provides the security forces a legal pretext for abuses with impunity”.

It is also noted that freedom of expression was curbed significantly in 2014, as journalists in Pakistan who cover counterterrorism issues faced increasing threats. The report cites attacks against journalist Raza Rumi in March and Hamid Mir in April. Pakistan fares better than Afghanistan in this respect as the report notes that there were 68 attacks on journalists in the first six months of 2014 in Afghanistan, compared to around 41 attacks in the same period in 2013.