Shops and busine­sses have starte­d to reopen across Sindh
By Web Desk
Published: January 29, 2015
Tweet Email 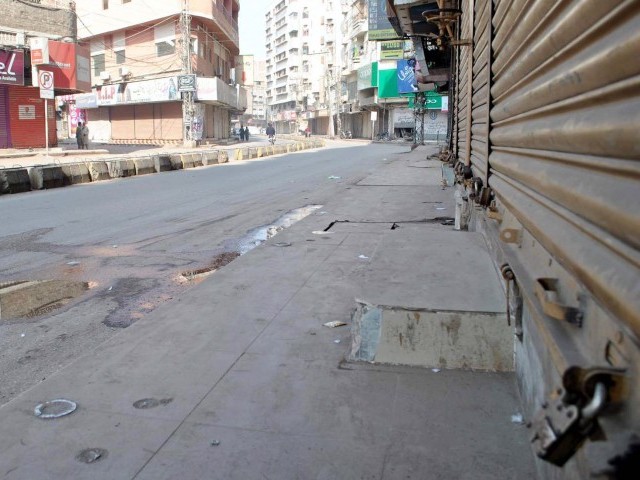 KARACHI: Life in most parts of Sindh began to normalise on Thursday afternoon after Muttahida Qaumi Movement’s (MQM) the  ‘peaceful shutter-down strike’ was announced to protest the ‘extra-judicial’ killing of their 36 workers, including Sohail Ahmed whose body was recently recovered, Express News reported.

Ahmed was the in-charge of Society sector unit 64 and his body was found in Mawach Goth on January 28.

Condemning the killings, MQM chief Altaf Hussain said he holds Sindh Chief Minister Syed Qaim Ali Shah responsible for the murders and that his party was targeted in the name of security operations.

MQM also announced it will observe a day of mourning in the memory of the deceased workers.

All business centres, petrol pumps and schools remain closed in Karachi as the day begun, with little to no public transport seen on the roads.

The University of Karachi (KU) spokesperson also confirmed that the university examinations that were scheduled to take place today were postponed and would be rescheduled soon.

The cities affected by the strike include Hyderabad, Sukkur, Tando Allahyar and Mirpurkhas.