Qaim Ali Shah took credit on behalf of the provin­cial govern­ment for provid­ing the land for the varsit­y
By Our Correspondent
Published: January 28, 2015
Tweet Email 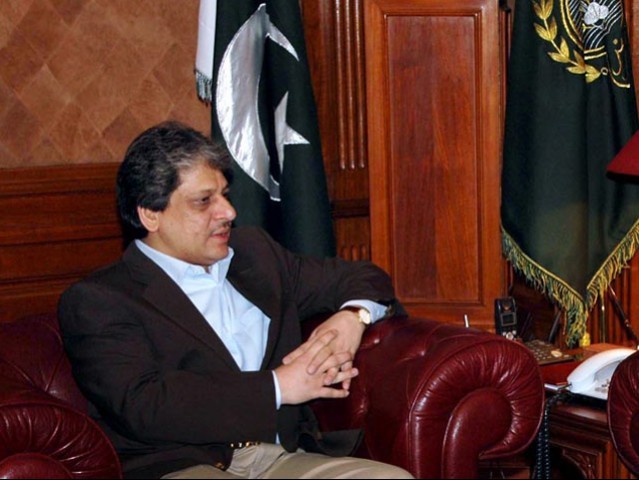 Sindh Governor Ishratul Ebad Khan and real estate tycoon Malik Riaz will lay the foundation-stone of the planned Altaf Hussain University in Hyderabad in a ceremony on January 30.

Meanwhile, Sindh Chief Minister Qaim Ali Shah took credit on behalf of the provincial government for providing the land for the varsity.

“What’s in a name? We have given a very expensive piece of land cheaply in order to promote higher education,” he told the media in Nawabshah on Wednesday during a visit to the Rohri canal lining project.

Discussing the sugarcane crisis, Shah said that his government will bind the mill owners to buy the crop at the officially notified rate of Rs182 per maund. He added that the price fixation was dependent upon the Supreme Court, where the millers’ review petition is pending after the Sindh High Court ruled in favour of the farmers last month.

In court: SEPA to file report on enforcement of environmental laws