Says the text of the Dec 9 judgme­nt is needed to file a review petiti­on
By Our Correspondent
Published: January 25, 2015
Tweet Email 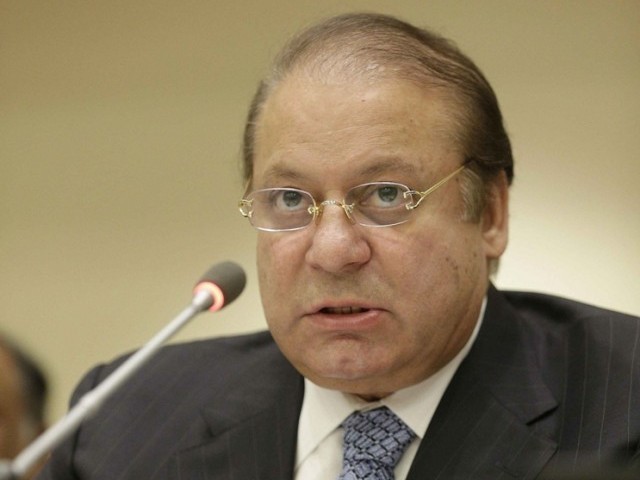 The petitioner says that they are inquiring the Advocate on Record (AoR) and counsel about the written order so that the review petition could be filed.

Irfan Qadir, counsel for the petitioner, said that under the Supreme Court’s rules, an applicant is supposed to file a review petition within 30 days after the announcement of the judgment, but lamented that the written order of the judgment has not been issued yet. “How can we move the review petition without getting a written order?” he questioned.

The top court earlier heard four identical petitions – three of them filed by PTI leader Ishaq Khan Khakwani and one by PML-Q chief Chaudhry Shujaat Hussain – accusing the prime minister of lying on the floor of the National Assembly during the political crisis that gripped the country on August 14.

The petitioners claimed that Prime Minister Nawaz had requested army chief General Raheel Sharif to act as a ‘mediator’ between the government and the protesting PTI and Pakistan Awami Tehreek (PAT) and serve as a ‘guarantor’ to any agreement with the two parties.

However, the premier later denied making any such request, the petitioners said, requesting the court to disqualify Nawaz Sharif from holding his office in view of Article 63 of the Constitution.

However, during the two-hour proceedings on December 9, the counsels for petitioners could not satisfy the larger bench that the premier had lied in front of parliament.

After the court’s proceedings in PM’s disqualification plea, a senior PTI lawyer had stated that the plea was liable to dismiss. Senior lawyer Tariq Mahmood also supported the top court’s verdict, saying the petitioners had failed to provide evidence that the PM had lied in parliament.

The larger bench, however, did not touch these questions and dismissed four pleas seeking disqualification of the PM without hearing the stance of three amicus curiae.