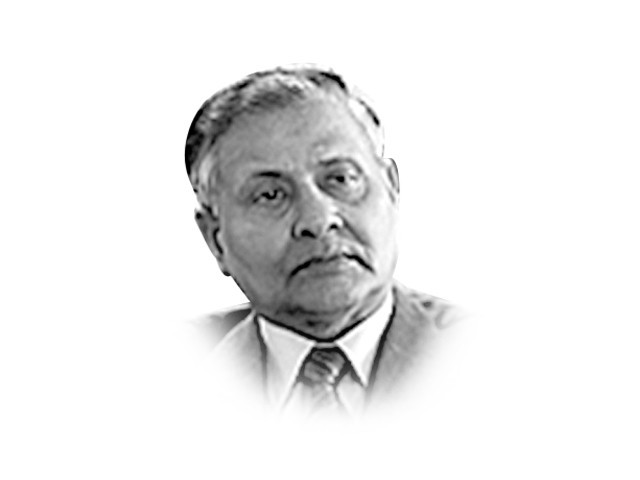 In an asymmetric war, there is no clear-cut line of victory and defeat. Yet the Soviets prudently accepted their defeat in 1989 and the Afghan Mujahideen, in good grace, allowed them to withdraw, unscathed. The Americans and their allies find it much too painful to admit defeat, so aptly described by Eric S Margolis: “Nato, the world’s most powerful military alliance, is losing the only war the 61-year-old pact ever fought…and is being beaten by the lightly-armed Afghan farmers and tribesmen.”

The recent Nato declaration at Lisbon betrays their wounded pride, shrouded in confusion: “We plan to end our combined role by 2014, or earlier, with ‘shallow’ troops withdrawal, starting next year.” In fact, the declaration aims at inducing a civil war in Afghanistan, by handing over power to the Northern Alliance, supported by a 150,000 strong Afghan Army and 100,000 members of the police force consisting mainly of Tajiks, Uzbeks and the Hazaras. Thus, Afghanistan will remain destabilised and accelerate the spread of Talibanisation in South Asia and beyond.

Despite such a short-sighted approach, there is still time to engage in ‘negative symmetry’, i.e. getting all regional forces, including India, to lay off Afghanistan, as the only chance for enduring peace. The problem gets even more complex when the occupation forces look east and see China as a rising power and a threat to their ambitions in the region. China’s rise is a patent reality. Unlike the former Soviet Union, China has no aggressive designs. In contrast, it has chosen to enter the global order, maintaining cooperative relations with all nations.” The purpose of the Indo-US partnership, therefore, is to create a Cold War style anti-Chinese military alliance, which will prove detrimental to peace in the region.

Obama’s foreign policy strategy is out of step with reality, as is his domestic policy. If he was seeking employment and jobs for the Americans, then his visit to Asia was not the correct choice, as Farid Zakria rightly pointed out: “He should have travelled to Canada and Mexico instead, which together buy twenty times as much American goods and services as does India and ten times as many as does South Korea.” Obama’s current approach is at a critical point. Sagacity demands a pragmatic strategy and a new vision to mark the start of a clear-eyed assessment, to steadily drawdown the forces from Afghanistan. This can be possible only after reaching a clear understanding with the Taliban, otherwise the exit will become horrendous. In 1989, Pakistan enjoyed a degree of clout with the Mujahideen to let the Soviets withdraw. Pakistan has lost that privilege now and the Taliban are the only arbiters. In this respect, US policymakers should listen to the logic of the task force of the US Senate headed by Richard Armitage, which recommends: “There is the need for a real national reconciliation process, for constitutional reforms and other political initiatives to end the conflict in Afghanistan.”

“The USA is a country in decline with a weakened political, economic and military system” and the challenge for Obama is to demonstrate the courage to switch course and relaunch himself in pursuit of what he told his supporters: “I spent my whole life chasing the American dream.” It is his job to find common ground with the Republicans, “to move the country forward, and get things done for the American people.” He has to make time for a clear, compassionate and consistent communication with the people at home and abroad, particularly those who have suffered as a result of the American pursuit of the elusive goal of global primacy and pre-eminence. The days of colonial imperialism have given way to a deeper human sensibility of shared values of the global community.

Obama must heed Horace who wrote: “Force, if unassisted by judgment, collapses through its own mass.”