A complicated race for the Afghan cabinet

A complicated race for the Afghan cabinet 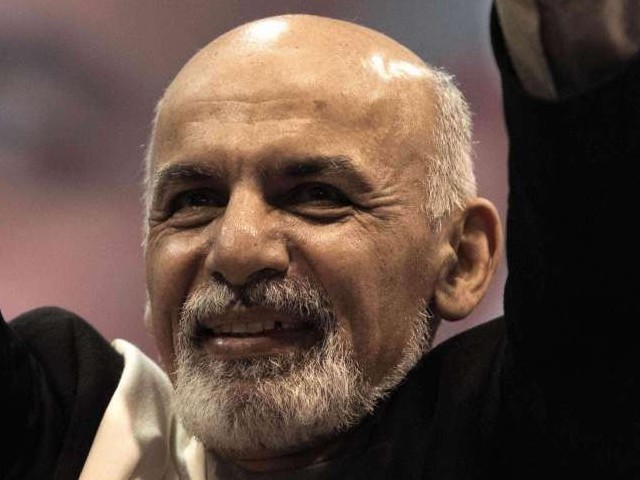 Some nominees may be rejected over dual citizenship, others for fabricating age. PHOTO: REUTERS

ISLAMABAD: The national unity government in Afghanistan is struggling to win parliamentary approval for its cabinet-elect which was announced this week after a delay of over three months.

Some nominees face possible rejection over their dual nationality and at least one reportedly lied about his age to grab a ministerial post.

President Ashraf Ghani introduced his proposed cabinet to the National Assembly on Tuesday and the lower house of parliament has already started a debate over whether to approve the names. Apart from the 25-member cabinet, an intelligence chief and governor of the country’s central bank will also be appointed.

Addressing lawmakers, the president said he tried his best to select a “capable cabinet” to win lawmakers’ vote of confidence. However, he added, parliamentarians had the power to accept or reject the nominees.

“I have tried my best to form a cabinet that will be acceptable to you. Now it is up to you to make a decision,” said Ghani, whose speech was aired live by state television.

It was seen as a huge embarrassment for Ghani when agriculture, irrigation and livestock minister-elect Mohammad Yaqub Haidari was found on Interpol’s wanted list for tax evasion and fraud in Estonia. Haidari was a nominee from Ghani’s quota, but was later dropped from the list.

Jilani Popal, the man nominated by Ghani to take charge of the finance ministry, withdrew just a day after the list was announced. Afghan state news agency Bakhtar reported that former Afghan ambassador to the US, Eklil Ahmad Hakimi, was nominated in Popal’s place.

The fate of nominees with dual nationality is also uncertain as MPs reportedly said they would block their entry into the cabinet. Second Deputy of the National Assembly, Dr Mohammad Saleh Saljoqi said the lower house would not discuss the nomination of at least seven people due to their dual nationalities.

There are some of the usual suspects among the possible casualties. They include Salahuddin Rabbani who was nominated for foreign minister and General Nurul Haq Ulomi for interior minister. Other nominees are Ay Khanum Khairi as information and culture minister, Ahmad Siar Mahjor as justice minister, Sayed Sadat Mansoor Nadiri as labour and social affairs minister, Faizullah Kakar as counter-narcotics minister and Shah Zaman Miwandi as urban development minister.

The country’s constitution states a minister must only be a citizen of Afghanistan. It also says the Wolesi Jirga has the right to endorse or reject a nominee who holds the nationality of another country.

The head of the foreign affairs committee of the lower house of parliament, Qadir Zazai, reportedly said MPs refused to accept ministers-elect with dual citizenship. Meanwhile, the Afghan media also reported differences between members of parliament over whether to accept or reject cabinet nominees with dual nationality. While some insisted they would stick to the law, others favoured granting the trust vote to such individuals, the private Pajhwok news agency reported.

In view of the possible rejection, President Ghani and Chief Executive Dr Abdullah Abdullah as well as other lawmakers are involved in talks to reach a solution to the dual citizenship controversy. Tolo TV quoted Dr Abdullah’s adviser as saying, “if necessary, new nominees will be named”.

Khatera Afghan, the minister-elect for higher education, also seemed to be in trouble as she allegedly submitted a false statement regarding her age. The National Assembly directed the Interior Ministry to verify her age. If it is determined that she fabricated her age, the nominee’s name will be removed from the proposed list of ministers and the case will be referred to legal and judicial bodies, the independent Channel One TV reported. Khatera Afghan recently got a new ID card and allegedly changed her age from 33 to 38 to meet certain requirements, the channel stated.

Tolo TV also quoted a number of MPs claiming that a close aide of the president allegedly made promises of gifts if they voted in favour of the nominees. The MPs claimed the government tried to win their support by promising iPhone 6 sets along with $5,000 to $10,000 each. These allegations were denied by the government.

“Some ministers-designate are accused of faking their names and ages. One of the nominees has been charged of administrative corruption and is wanted by Interpol. Other cracks show the government is not in a position to implement good governance and that all its commitments are mere slogans,” the independent Mandegar daily said in its editorial.

Voice for the voiceless: When hands tell a story