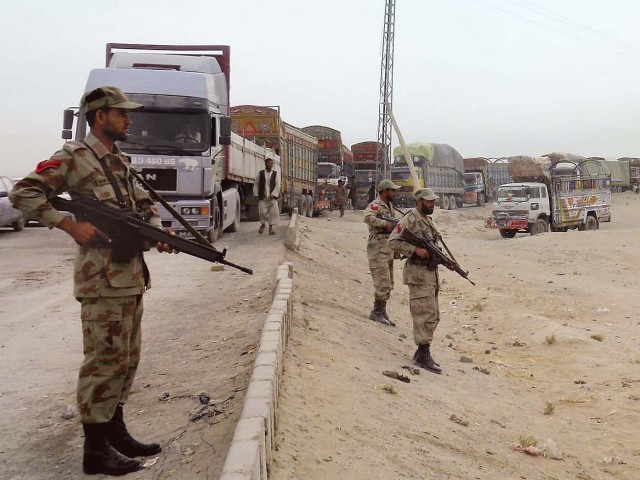 ISLAMABAD: Afghan exporters have been exempted from the existing tariff under the Afghanistan-Pakistan Transit Trade Agreement, an official source told The Express Tribune on Monday.

The transit trade agreement will become operational by January 1, 2011, the source added. However, the trade agreement is yet to be ratified by the federal cabinet and President Asif Ali Zardari, the source said, adding that a separate tariff has been evolved by the Federal Board of Revenue (FBR) for the Afghan exporters.

Financial and legal experts from both sides are being consulted to chalk out the accord’s modalities.  A meeting between officials of the FBR and ministries of communication, law and other departments concerned in Islamabad on Monday re-examined the agreement to give it a final shape.

The meeting resolved some of the most crucial issues of the trade agreement through mutual consultation.

In terms of the tariff concession for Afghan exporters, it was decided that they would follow the existing tariff but the amount paid by them would be returned on their way back to Afghanistan from Wagah after deducting duty in accordance with the new tariff.

The official said that it was incorrect to suggest that the government of Khyber-Pakhtunkhwa was not taken into confidence before signing the agreement. All stakeholders were on board during negotiations with the Afghan government and the drafting of the agreement documents, he said.

“So much so that transporters from Balochistan, Khyber-Pukhtukhwa and other parts of the country were also consulted,” he remarked, adding that the agreement was in Pakistan’s interest as it would open doors for trade with Central Asian countries.

The ratification of the trade agreement will give Afghan export consignments for India access up to the Wagah border.

In exchange for allowing the India-Afghan trade, Pakistan will be given access to the Central Asian Republics (CAR) through Afghanistan.