Yes to Afghan transit trade, no to Indian goods

Yes to Afghan transit trade, no to Indian goods 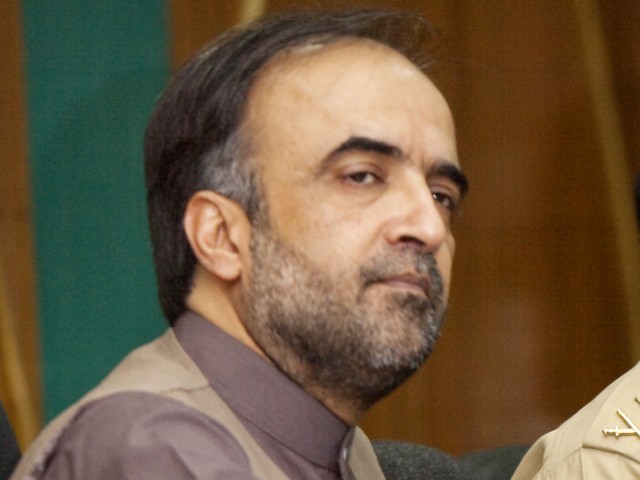 Information Minister Qamar Zaman Kaira told the media after the cabinet meeting that Pakistan would be the ultimate winner of this agreement. PHOTO: EPA

ISLAMABAD: The federal cabinet approved a US-mediated transit trade agreement with Afghanistan on Wednesday, but kept its scope restricted by disallowing the transport of Indian export goods to the war-torn country through its lands.

Although no justification was given for curbing Indian exports to Afghanistan, officials in the past have been citing ‘hyped’ security concerns as the major reason.

The signing of the Afghanistan-Pakistan Transit Trade Agreement (APTTA) will give Afghan export consignments for India access up to Wagah border. Afghan trucks with export items for India will be allowed to drive through the country to Karachi.

Indian containers of export items for Afghanistan would not be allowed to enter through Wagah border, the government announced here on Wednesday.

The trade between India and Afghanistan through sea routes will, however, continue to take place under the previous arrangement.

Information Minister Qamar Zaman Kaira told the media after the cabinet meeting that Pakistan would be the ultimate winner of this agreement.

In return of allowing India-Afghan trade, Pakistan will have access to Central Asian Republics (CAR) through Afghanistan.

The minister said the cabinet had also approved a $980 million agreement with the Asian Development Bank (ADB) and a French agency to overcome energy shortage in Pakistan.

Under the agreement, mercury bulbs will be replaced with energy savers and the old machinery in generation companies will also be overhauled.

A cabinet committee has been constituted to further examine and finalise some clauses of the agreement within a week, Kaira added.

The minister said the cabinet also approved to sign the Framework Arrangement between Pakistan and Korea regarding economic development cooperation fund (EDCF) loan assistance of $180 million.

The cabinet also approved the proposal for granting autonomous status to the Pakistan Housing Authority (PHA).