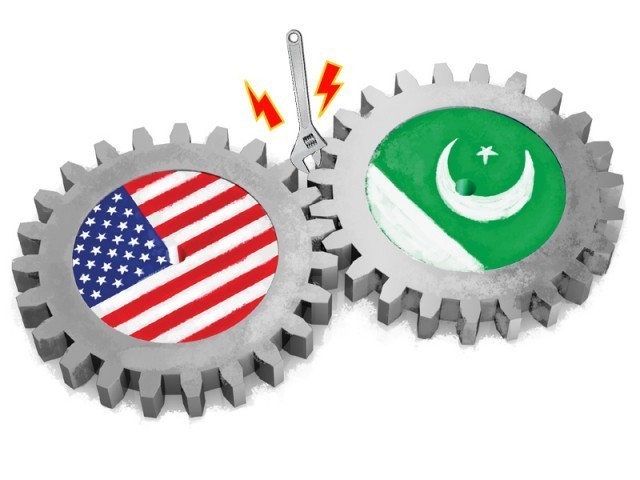 Officials in Pakistan would like the US to pledge more money and to do so for larger projects that have greater economic impact. STOCK IMAGE

When it comes to aid for Pakistan, American bureaucrats like to engage in double counting to make the numbers look bigger than they really are. Despite legislation that commits the United States to offer $7.5 billion in aid to Islamabad after 2009, it appears that Washington wants to count $266 million of its pre-2009 aid as part of the amounts disbursed under the Kerry Luger Berman aid program.

The Obama administration has included seven pre-Kerry Lugar projects on its list of Kerry-Lugar-funded projects. As of the end of 2013, the United States Agency of International Development (USAID) booked $357 million in expenses towards these projects, including $266 million that were incurred between 1997 and 2009. The total projected cost of these projects is $481 million, and they form part of the $4.4 billion that the US has so far pledged under the Kerry-Lugar aid package.

The revelation of this double-counting comes days before US Secretary of State John Kerry, who co-authored the legislation that bears his name, is scheduled to visit Pakistan on January 12. Kerry is scheduled to meet Finance Minister Ishaq Dar to discuss bilateral economic cooperation.

The Obama administration’s move highlights the differences of opinion between Washington and Islamabad when it comes to the structure and design of US aid programs to Pakistan. Officials in Pakistan would like the US to pledge more money and to do so for larger projects that have greater economic impact. US officials, on the other hand, like to count any money that would be disbursed to Pakistan as part of the aid they pledge, leading to significant double counting. Washington also has a preference for smaller projects so that a wider number of people see the USAID logo “from the American people” in Urdu and other local languages, and feel gratitude towards the United States.

Some experts believe that while the Washington can include pre-2009 programs as part of the Kerry-Lugar aid package, pre-2009 disbursements should not be counted towards the $7.5 billion amount that Washington is committed to under the United States Partnerships with Pakistan Act of 2009.

A spokesperson for the US Embassy in Islamabad did not respond to requests for comment. The economic affairs division of the finance ministry was also not aware of the reasons behind the double-counting, but officials at the ministry said they would take up the matter with USAID.

Some of the double-counted aid includes the amounts announced as part of US aid in the aftermath of the 2005 earthquake, including $135.5 million of the $142 million Pakistan Construction Project that was disbursed prior to 2009. US-based construction firm Camp Dresser and McKee, International Inc executed the project.

Among the pre-2009 projects included in the Kerry-Lugar list was the$13.4 million World Health Organisation-administered Polio Eradication Program that started in 1997. USAID is counting the $6.9 million of in-kind aid it gave as part of the Kerry-Lugar disbursements. Also on the list is the $21.8 million UNICEF-administered Polio Eradication Program. This scheme began in 2004 and $10.6 million in disbursements were made before 2009.

USAID has included a mysteriously named and undefined project named Program Support – All SO worth $119.8 million in its list of Kerry-Lugar funded projects. The project started in 2002 and $54.1 million were disbursed in the pre-KL era. The purpose of this project was not clear and it is implemented through the US Embassy in Islamabad.

A $140 million Pakistan Transition Initiative-IOM 2007 has also been made part of the KL disbursements, of which $45.5 million was released before 2009. The merit and need based scholarship project of 2004 is yet another old project included on the list and $7.7 million of pre-2009 aid has been treated as part of the KL Act.

Of the $6.8 million due for the 2005 Field Epidemiology Laboratory program, the US gave $5.75 million in the pre-KL era.

Terror in Paris: 12 dead in gun attack at French magazine