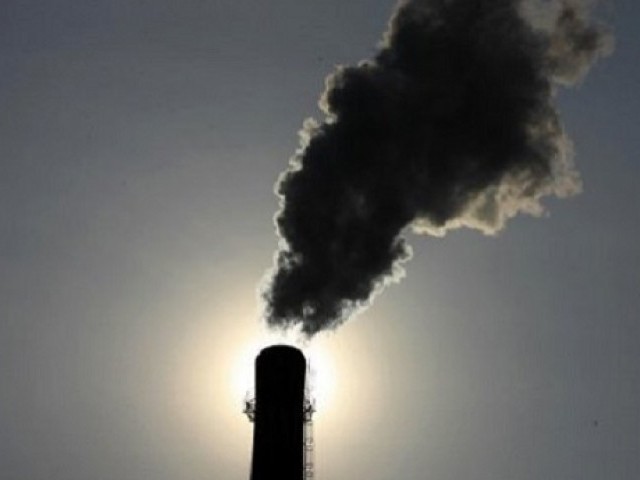 The environmental protection watchdog has swung into action against polluting rerolling mills in the industrial district of the federal capital.

Three rerolling mills in the I-9 Sector have been ordered to shut their operations after emissions were found hazardous to the environment.

According to an Environmental Protection Agency (EPA) official, the shut down orders have been issued after the rerolling mills failed to respond to the notices issued to them by the authorities for violating national environmental quality standards.

According to the official, the EPA monitoring team during a recent visit to the area found Siddiqi Steel Mills, Al-Hadeed Steel Mills and SH Steel Mills emitting pollution and violating the national environmental quality standards.

“These units were causing thick black smoke in the vicinity and polluting the air. While health safety and environmental conditions on the premises were also unsatisfactory,” a member of the EPA monitoring team told The Express Tribune, requesting not to be named.

He said the team noticed that online monitoring systems of the units were not working effectively. Besides, uncontrolled smoke was permeating everywhere at the workplace, while blower, scrubbers and hood of furnaces were not functional, he added.

“These rerolling mills will only be allowed to start their operation after they take concrete steps to put in place a regime to control pollution,” the official said. These mills were given enough time to appear before the environmental tribunal for hearing but they did not show up.

In 2011, Al-Hadeed Mills was shut down by the EPA on the same charges but after few months it restarted its operations without putting in place set standards to mitigate pollution as teams of the environmental watchdog failed to make follow-up visits to ensure compliance.

The lackadaisical approach of the EPA also emboldened other rerolling mills, marble factories and other industrial units in the area to function with scant care for environmental laws.

“These mills have 30 days to take steps to ensure full compliance with the environmental laws or they will face cases in the Environmental Tribunal,” a source in the EPA said, adding that each mill could be fined up to Rs1million in case of non-compliance.

The Supreme Court recently expressed dismay over the deteriorating environmental pollution and sanitation problems in the federal capital.

A division bench comprising Justice Ejaz Afzal Khan and Justice Umar Atta Bandial while hearing a suo motu case related to environmental pollution had observed that Islamabad was no longer the clean city it used to be 10 years ago as residents were facing problems because of environmental pollution, aggravated by smoke-emitting vehicles, factories and a bad sewerage system.

The apex court had also sought reports from the federal and provincial governments on controlling pollution and ordered the Islamabad administration to launch a campaign for conservation and beautification of hilly areas.