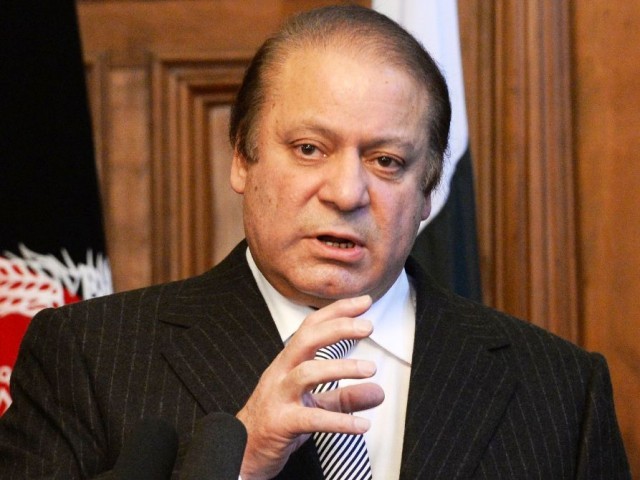 The prime minister said the two countries were committed to transform the mutual relationship. PHOTO: AFP

Both leaders spoke after the prime minister spoke to an eighteen-member delegation of the Afghan Parliament in Islamabad earlier today, where Nawaz had said that a peaceful, stable, and prosperous Afghanistan is in Pakistan’s interest, Radio Pakistan reported.

The prime minister said the two countries were committed to transform the relationship with a special focus on enhanced political engagement, deeper security and counter terrorism cooperation, expanded trade and economic partnership, and regional cooperation.

He added that such parliamentary exchanges are very useful in bringing the people of two countries closer.

He also said Operation Zarb-e-Azb had dismantled terrorist networks and their infrastructure in North Waziristan.

The Afghan parliamentarians condemned the attack in Peshawar and said peace is in the best interest of Afghanistan and Pakistan.

The parliamentarians said Afghanistan values Pakistan’s commitment towards lasting peace and also invited the PM to visit Afghanistan at his earliest convenience.

The delegation is in Islamabad to attend the 12th session of the dialogue between parliamentarians of Pakistan and Afghanistan arranged by Pakistan Institute of Legislative Development and Transparency.