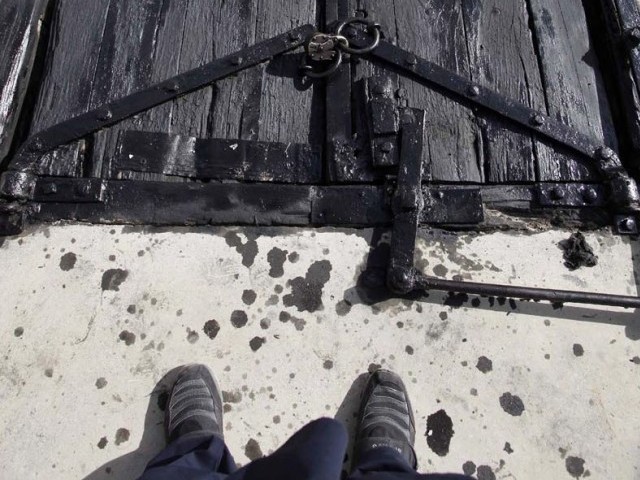 ISLAMABAD: A death row prisoner has challenged a Lahore High Court-Rawalpindi bench (LHC) order which had vacated a stay order on the scheduled executions of five death-row prisoners convicted by a military court for a 2012 attack on a Gujarat army camp that killed seven military officials.

Sajida Perveen, mother of death row prisoner Ehsan Azeem through her counsel Laiq Khan Swati on Monday, filed an appeal in the apex court, seeking suspension of December 24 order of LHC-Rawalpindi bench as well as military court’s verdict on the execution of his death sentence.

“The petitioner seeks intervention of the SC for the suspension of illegal and unlawful sentence of Ehsan Azeem son of the petitioner etc as there is no other adequate and efficacious remedy available except to invoke the constitutional jurisdiction of this court,” reads the petition.

The petition requested the apex court to take notice of the recent executions and issue of death warrants, claiming that no one was allowed to produce defence witnesses or was given trial proceedings for filing of appeals, or was provided the judgment of court of appeals, but only death warrants were issued to execute them which amounts to cold blooded murder.

The petitioner said that her son and other five prisoners were kept in secret detention during the investigation but there is no concept of secret trail under the law.

On August 28, the petitioner asked military authorities to provide trail proceeding for formulating the appeal but no reply has been given so far.

The petitioner said that on December 24, 2014, the Deputy Attorney General apprised LHC that the production of charge sheet, trial proceedings and the judgment of court of appeals was against public interest.

Instead, the LHC-Rawalpindi bench had dismissed the petition since it was non-maintainable under Article 199(3) of the Constitution being an army matter, which is altogether erroneous view. The act of military authorities was utter violation of Articles 2-A, 9, 10, 10-A, 13 & 19-A of the Constitution.

“It is quite evident that conviction of the son of petitioner is unlawful, therefore, indulgence of this court is necessary and expedite under Article 185-3 of the constitution,” claimed the petitioner.

It is also stated in the petition that the superior courts of the country, through various judgments, set aside the conviction awarded by the trail court on a sole ground that the accused was either not provided an opportunity to be defended by a counsel partly or as a whole.

“There are four types of courts as per Pakistan army act, FGCM, can only be convened when an active service, therefore, the convening of FGCM and trail of the son of the petitioner falls within the category of corum non judice and without justification,” read the petition.

The petitioner said that there is no independent judicial review of any order of the military tribunal, adding that the decision of military tribunal is to be challenged before another similarly constituted tribunal.

The petition further contended that the LHC December 24 order is not sustainable under the law.

The moratorium on death penalty in terrorism related cases was lifted by Prime Minister Nawaz Sharif after the brutal attack on the Army Public School in Peshawar two weeks ago.

The men were convicted for their role in a 2003 attempt to assassinate former military leader Pervez Musharraf with suicide car bombs.