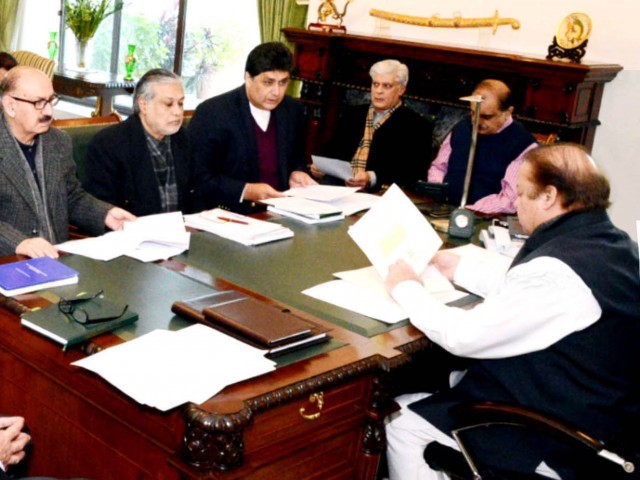 In a statement issued on Saturday, a government spokesperson said Pakistan respected the international community “but the country is passing through extraordinary circumstances which demand that extraordinary measures be taken.” He added that a peaceful Pakistan was in the best interest of the world.

The UN chief spoke to Prime Minister Nawaz Sharif on Thursday to express his condolences over the December 16 massacre of 150 people, including 134 children, by Taliban gunmen at the Army Public School in Peshawar. However, during the phone call, Ban pressed Pakistan to end capital punishment and restore the moratorium on the death penalty that the prime minister revoked in terrorism-related cases following the Peshawar massacre.

“While fully recognising the difficult circumstances, the secretary general urged the government of Pakistan to stop the execution of convicts and re-impose the moratorium on the death penalty,” Ban’s office said in a statement.  It added that Premier Nawaz promised that “all legal norms would be respected”.

Pakistan’s Foreign Office spokesperson also issued a strong response to the UN chief’s exhortations. “Pakistan is cognisant of its obligations under United Nations human rights conventions and charters,” Tasnim Aslam said in a short statement. “[But] the execution of terrorists violates no international law,” she added.

The deadly Peshawar school rampage triggered a policy review by the government and subsequently the political leadership agreed on a 20-point National Action Plan against terrorism. While announcing the plan on Wednesday, the prime minister said his government would continue to execute convicted terrorists. In the coming weeks, the government plans to hang some 500 militants.

Prime Minister Nawaz’s legal team on Saturday presented to him the first draft of constitutional and legal amendments for setting up special trial courts, to be headed by military officers.

The draft was presented to the premier at a follow-up meeting on the implementation of the National Action Plan at the Prime Minister House, according to an official statement. It added that the prime minister asked his legal team to share the draft with other political parties and take their input on the matter.

Speaking at the meeting, Premier Nawaz said, “The government will give our jawans legal protection in their fight against terrorists.” He directed the inclusion of violence against minorities in the schedule of terrorist offences as well, the statement said.

At the follow-up huddle, the premier also instructed Interior Minister Chaudhry Nisar Ali Khan to convene a meeting of the executive committee of the National Counter-Terrorism Authority (Nacta) on Wednesday in order to make the authority functional. He directed Nisar to furnish recommendations on strengthening and activating the country’s top anti-terror body by December 31, according to the statement.

According to sources, Nisar told the premier that all necessary appointments in Nacta had been made and the body was ready to start functioning. Nacta would be the country’s premier platform to counter terrorism and extremism. Of the 20 points of the National Action Plan, 10 directly fall under Nacta’s domain, sources added.

Meanwhile, the government on Saturday released details of the composition of committees tasked with implementing various facets of the National Action Plan. According to an official statement, one umbrella committee and 15 subcommittees will prepare a roadmap to implement the government’s anti-terror strategy.

The main committee, tasked with oversight, will be headed by the prime minister and comprise the ministers of interior, defence, finance, planning and development, states and frontier regions, and information along with the governor of Khyber-Pakhtunkhwa and the premier’s adviser on foreign affairs and national security. Special Assistant to the Prime Minister on Parliamentary Affairs Barrister Zafarullah Khan will also be part of the panel.

Interestingly, Interior Minister Chaudhry Nisar will head 11 out of the 15 subcommittees. Of the remaining panels, Information Minister Pervaiz Rashid will head two while Finance Minister Ishaq Dar and K-P Governor Sardar Mehtab will head one each.

The information minister will head committees assigned the subjects of banning glorification of terrorists in the media and revamping the criminal justice system to strengthen counter-terrorist departments.