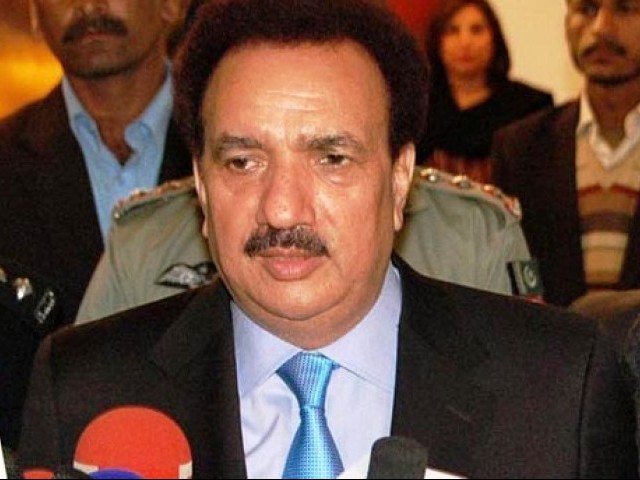 PESHAWAR: A day after the country’s civil-military leadership agreed on a 20-point National Action Plan to counter the menace of terrorism,  a jirga – comprising senior politicians from mainstream parties – has made a conditional offer of talks to the Taliban rebels.

“We are ready to talk to them (Tahreek-e-Taliban Pakistan), if they lay down their arms,” said a key member of the jirga – former interior minister Rehman Malik while talking to the media on Thursday.

Malik, along with other jirga members, was visiting Peshawar’s Army Public School and College, which was attacked on December 16 by terrorists.

Malik said all political and religious forces have joined hands to fight terrorism and the nation will have to act against the perpetrators of December 16 school attack.

“The school attack is an attack on Pakistan’s sovereignty and that children have united the nation with the sacrifice of their blood,” he said, adding that Nishan-e-Haider should be awarded to the children slain in the massacre.

Malik said the TTP chief Fazlullah is the chief terrorist and the Afghan government should immediately arrest him and hand over to Pakistan.

He said Afghanistan-Pakistan border is unique in the world as there is no immigration or restriction on movement of people living across the two sides.

“Afghan refugees are our brethren but when people using their appearance will carry out suicide attack, then we will certainly react,” he said.  He also asked the Khyber-Pakhtunkhwa (K-P) government to actively take part in the war against terror.

Speaking at the occasion, the JI chief Sirajul Haq said all political forces of the country have joined hands to strive for a peaceful Pakistan. He also likened the attack on Peshawar school to the Mongol invasion.

Talking about the decision to form military courts for speedy trial of terrorists, he said such courts are not an ideal option. However, he said, this decision was taken by all political parties to cope with the difficult times.

Hasil Bizenjo said that to arrest killers of schoolchildren is responsibility of the whole of nation. He said a decision has been made to fight all militants – whether they are Taliban or some other lashkars. “This school should be made into a university,” he suggested.