Spokes­man for DPO Bahawa­lpur denies that the police made any arrest­s
By Kashif Zafar
Published: December 20, 2014
Tweet Email 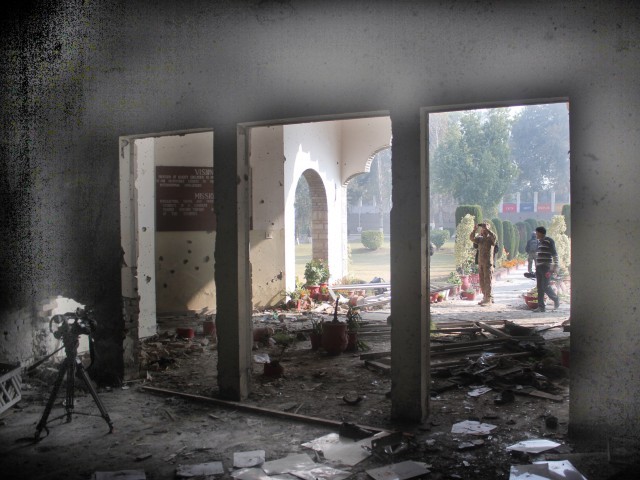 A cellphone SIM recovered from the Army Public School and College, Peshawar, after Wednesday’s terrorist attack had been purchased from Bahawalpur district of Punjab.

Acting on information shared by intelligence agencies, the local police have detained two persons – among them a woman – in connection with these SIMs. Rizwan Arshad, the franchise manager of a cellular company, was the first to be picked up from Hasilpur sub-district.

This led to the arrest of a woman, Shazia, the real owner of the SIM – by the Saddar police. Shazia told police investigators that she had purchased the SIM from a street vendor in her area. She added that she was still using the same SIM. All the suspects were shifted to an undisclosed location for interrogation.

However, Syed Rehan Gillani, the spokesman for DPO Bahawalpur Sarfaraz Ahmed Falki, denied the police made any arrests. Around three months ago, the local police in Hasilpur had arrested a person involved in selling illegal SIMs and around 10,000 illegal SIMs were recovered from his possession.