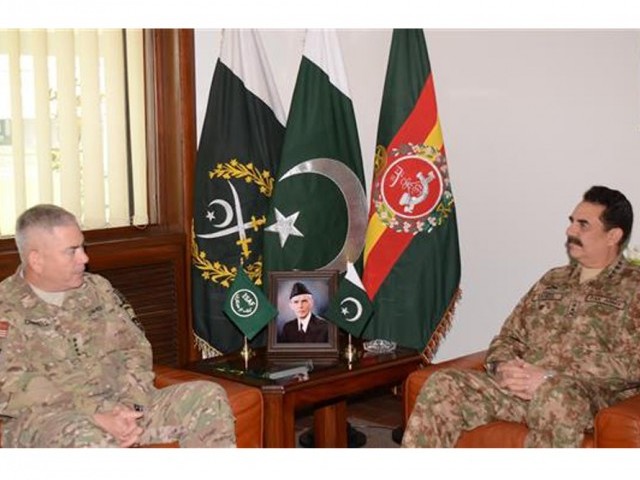 RAWALPINDI: As US troops transition security to Afghan forces as part of its draw down in Afghanistan, International Security Assistance Force (ISAF) commander General John Campbell and Chief of Army Staff General Raheel Sharif discussed coordination on the Pakistan-Afghanistan border at the General Headquarters in Rawalpindi on Thursday.

According to an Inter-Services Public Relations (ISPR) statement, both the commanders discussed matters of mutual interest.

Their discussions spanned, in addition to border coordination, progress on the ongoing Pakistan military offensive in North Waziristan, and the regional security situation.

The ISAF forces earlier this week ‘ceased their colours’, or ended their combat command in Afghanistan, handing over control to Afghan security forces.