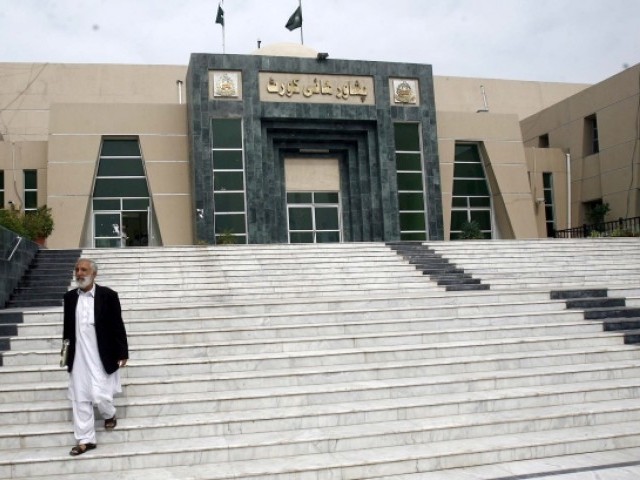 The chief justice said internment centres should be run under the civil administration, but they were in fact being controlled through ‘other’ sources. PHOTO: PPI

Investigations by officials at internment centres concluded that six more previously missing persons maintained close ties with anti-state elements and the inmates were placed in the black category.

This was revealed by the Home and Tribal Affairs department to the division bench of Chief Justice Mazhar Alam Miankhel and Justice Musarrat Hilali as the Peshawar High Court (PHC) heard eight petitions related to enforced disappearances on Tuesday.

When the bench took up the cases for hearing, Qaiser Jamal informed the court that his brother and three cousins were picked by a peace militia and handed over to the police around four years ago in Kohat. However, authorities later handed over the bodies of his brother Khalilur Rehman and cousin Muhammad Sohaib from the Kohat and Lakki Marwat internment centres.

He told the court that an autopsy was conducted and the bodies bore visible signs indicating the inmates were kept in deplorable conditions. Jamal said they were malnourished and the family could not even recognise them when their bodies were handed over.

“After getting the two bodies, my children are now so terrified that every time they see a police mobile, they run into the house,” Jamal said. “The deceased were kept under duress and the bodies showed it.”

He added that two of his cousins, namely Fidaur Rehman and Muhammad Hamid, were still detained at the Lakki Marwat internment centre.

The bench ordered the centre’s in charge, Sabz Ali, to allow the families to meet the detainees. The court then disposed of two other petitions regarding bodies being received by the families.

The court stated that if a family wants to name anyone in the custodial death of a loved one, they can file an FIR against the suspect(s) in the relevant police station.

Meanwhile, inmates placed in the black category are Alam Khan in Bajaur Agency, Usman Ali, Afradzar Shah, Zamin Shah, Akbar Shah and Muhammad Bilal. Two other detainees, Shah Khan and Khan Sahib, were put in the grey category, meaning they were being held on suspicion.  All those petitions were disposed of.

In another petition filed by Waory Bibi, whose son Usman Ali was placed in the black category, the bench ordered that the reasons for the inmates’ categorisation be provided to the court in a sealed envelope.

While hearing the petition of Pashmina Bibi, whose son Attaur Rehman was detained at the internment centre in Ghallanai, Mohmand Agency, the chief justice castigated the federal government for not following court orders. In the previous hearing, the PHC ordered the in charge of the internment centre to make arrangements for the detainee’s Primary Teachers Certificate (PTC) examinations.

The chief justice said internment centres should be run under the civil administration, but they were in fact being controlled through ‘other’ sources. He hinted that if court orders were not followed, the PHC would summon the defence secretary and attorney general for Pakistan. The court then gave the Mohmand Rifles a final chance to submit
their replies.