Khan, his collea­gues will certai­nly benefi­t if they can push their reform agenda in K-P, showca­se it for next electi­on
By Imtiaz Gul
Published: December 3, 2014
Tweet Email 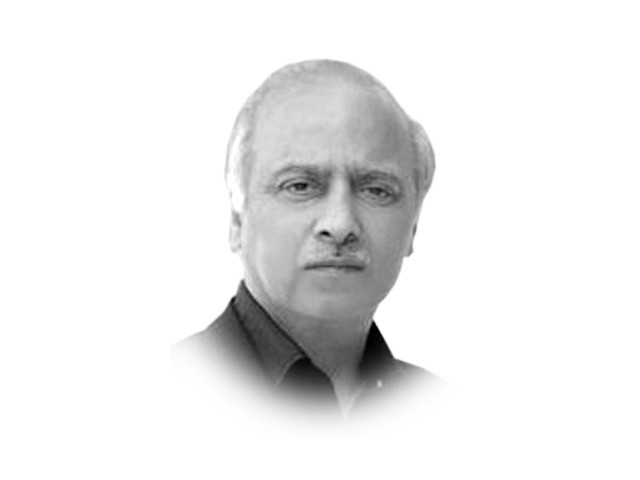 The writer heads the independent Centre for Research and Security Studies, Islamabad

What does Imran Khan want — is it just power or a revolution? This question kept resonating at a recent conference in the UK. Most vocal among the enquirers were at least five foreign diplomats who are familiar with Pakistan because of their assignments in Islamabad. They all sounded sympathetic to the narrative that Khan peddles today i.e., rule of law, accountability, and peoples’ empowerment through district governments and autonomous national institutions. But they clearly differed with the PTI methodology (ouster of the government through sit-ins). Lots of critics at home, too, have had a similar contention with the PTI and its leadership, which have been oscillating between legitimate aspirations (mentioned above) and paradoxical approaches to fulfill those aspirations. Only a few weeks into the Islamabad dharna — once Khan and his cohorts diligently made their point about the rule of law and real democratic values — even sympathisers had begun requesting Khan and company to wrap up the protest and instead build upon the goodwill that the party received in Khyber-Pakhtunkhwa (K-P) and elsewhere.

By discarding advice on how the party can consolidate its power base in K-P through institutional reforms and then showcase its achievements there, the entire leadership continues to silently tail Khan and be led by his belligerent, shallow, and at times, contradictory rhetoric. This has certainly taken the attention, even of the PTI leadership, off some of the good work that the party has silently done since the summer of 2013.

In the first place, the PTI narrative since August has polarised the country in two camps i.e., forces of the status quo and those challenging it. The fact that none of the other parties, including the PPP and the PML-N, are in favour of local government elections also underscores their contempt for devolution.

Secondly, (all based on personal experiences of people living in Peshawar, D I Khan and Kohat) no provincial police enjoys as much operational autonomy as the K-P police. Its chief has single-handedly dismissed over 414 officials on corruption or disciplinary charges, recruited several hundred new personnel through the National Testing Service — all without any interference from the chief minister or the party chief.

Thirdly, the land revenue officials (patwari/tehsildar) have never been this dutiful and averse to illegal money. My sister struck a deal for a residential plot in Peshawar Town shortly after the elections last year. She was told — of course, unofficially — by the land revenue official (agents of the patwari) that the transaction (transfer of plot in her name) would cost about Rs300,000. But, lo and behold, the transfer took place only for about Rs29,000 — the official transfer fee deposited in the provincial exchequer. A friend in D I Khan, too, went through a similar experience and had his land issue settled for only a few thousand rupees. This is happening because the provincial government introduced new procedures, including checks on department officials to minimise graft.

Fourth, Peshawar’s two major hospitals have undergone major operational changes. Most Peshawar residents are surprised over the nearly free, but extremely professional and caring treatment administered by the doctors and the paramedics.

Fifth, all contractors and the bureaucracy are up in arms against the provincial government for introducing tendering procedures. Contractors and bureaucrats are systematically stone-walling development work because new procedures have deprived them of their kick-backs and windfalls. That is why much of the development funds for this year have lapsed. Earlier, a pack of contractors would converge at the relevant office, negotiate a deal among themselves and settle on one final bidder. The undeclared part of the process was about 10 per cent of the total tender amount that the bidders would factor into the bid for the ‘authorities’. Now, the bids are discussed openly and contracts awarded only after detailed discussions.

This reflects an effort to bring about institutional changes, if not reforms, to the context of decades of misgoverning and corruption led by deeply entrenched forces of the status quo. Khan and his colleagues will certainly be the beneficiaries if they can push their reform agenda in K-P and then showcase it for the next election. Unfortunately, it seems that they are surrounded by hawkish, short-sighted advisers who refuse to invoke logic and instead, are peddling an agenda that at times sounds hollow, contradictory and self-serving. Their supporters abroad, therefore, are incensed over the continued wailing over ‘electoral fraud’.

As the former ambassadors in the conference questioned, why can’t Khan and the PTI move on for a better future of their constituents rather than staying beholden to ill-advice, which is disruptive and discrediting their reformist agenda.