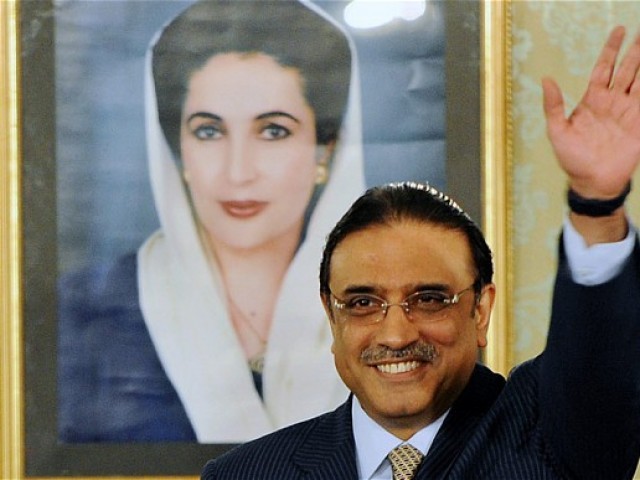 LAHORE: Pakistan is passing through multiple challenges and the country is in a situation where murderers and the victims both raise the slogan of Allah-o-Akbar, said Pakistan Peoples Party (PPP) co-chairman Asif Ali Zardari on Monday.

He was addressing his party’s social services wing at Bilawal House Lahore. The former president said murderers and those being murdered were reciting the same Kalima.

“We need to act prudently in the current political situation. Oil prices are decreasing. because of international political positions of various stakeholders. International players want to make one country economically strong and the other country weak. They play their games all the time. Pakistan has suffered a lot because all these games. Osama Bin Laden is gone but Pakistan and its future generation has been destroyed,” he added.

He said that we can fight terrorism with our will and courage but we need to analyse everything very carefully and intelligently.

He said by establishing social services wings of PPP, the party has set an example for all other parties and if they establish social wings in our footsteps, the future of orphan children in Pakistan will be much safer. We are trying to establish new trends for the betterment of Pakistan, he added.

The PPP leader said that the late General Ziaul Haq failed to eliminate the ideology of Bhutto and similarly rightist forces of today would never be able to eliminate the mission of Benazir Bhutto. He said that in a documentary on Benazir, an adviser of Pervez Musharraf is saying that we tried to stop her from returning to Pakistan by telling her that she might be killed. He said that instead of getting scared, she showed commitment to “dharti” (homeland) and came back to Pakistan even after an attack on her life in Karachi.

The former president said that Benazir could have gotten chairperson-ship of UN but she opted to serve her motherland.

Talking about current political scenario, he said: “It is not a 50/50 or Twenty20 match; it is a Test match and let the ball fade more and more.”

He added: “We have patience, and while they are playing a Test match we should concentrate on our party and the people of Pakistan and should reconnect with common fellows,” apparently referring to PTI sit-ins.