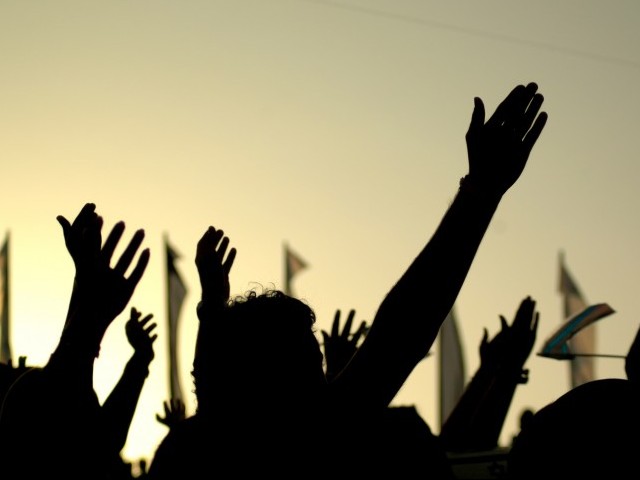 According to Human Rights Commission of Pakistan regional director Dr Ashothama Luhano, at least 12 nationalist workers remain missing. The oldest of these cases is the one of Imran Jokhio who belonged to Sukkur. STOCK IMAGE

Demonstrating outside Hyderabad Press Club on Saturday, they warned of implications on national integrity if such occurrences did not cease. Tortured bodies of three nationalist workers have been dumped this month. Two of the deceased were affiliated with the separatist party, Jeay Sindh Muttahida Mahaz, and the other belonged to the Jeay Sindh Qaumi Mahaz – Arisar. The deceased, identified as Paryal Shah, Waheed Lashari and Asif Panhwar, remained missing for months.

Moreover, a student of Mehran University of Engineering and Technology, Kamlesh Kumar, was whisked away from Sindh University Employees Colony a few days ago. Separately, the bodies of two residents of Latifabad town and one of North Waziristan were also found dumped on the Super Highway earlier this week.

“Sindhi nationalist workers are being killed with impunity,” said Jami Chandio, the executive director of Centre for Peace and Civil Society. “They are accused of indulging in conspiracies to break the country but these allegations are false.” He regretted that the Supreme Court takes suo motu notices on a range of issues but the killings and disappearances of nationalist workers go unnoticed.

He also warned the elected legislators of Sindh about the consequences of their silence on the issue. “The leaders of Sindh may be politically divided,” he said. “But they can’t tolerate state-backed terrorism.”

Prof Amar Sindhu, a women rights activist who teaches at Sindh University, said that the Sindhi society will not accept the killing of innocent young men. “We may disagree with the nationalists but we can’t forsake our people.”

During his address, Prof Mushtaq Meerani reminisced on how such tactics only contributed to alienation of people in the former East Pakistan and in Balochistan. “We are strong supporters of federation of Pakistan,” said Zulfiqar Halepoto, a rights activist and a writer. “But we stand for the rights of the people.”

According to Human Rights Commission of Pakistan regional director Dr Ashothama Luhano, at least 12 nationalist workers remain missing. The oldest of these cases is the one of Imran Jokhio who belonged to Sukkur.