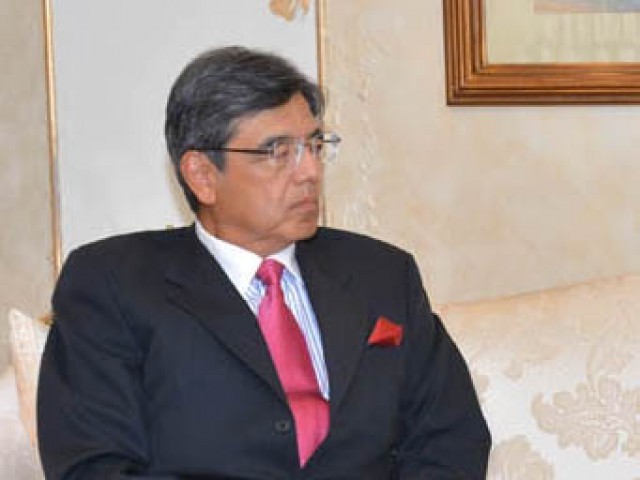 “We are just more cautious,” said Inomata. “We’re not saying China is short-sighted or long-sighted but we have a more cautious approach.” PHOTO: PID

KARACHI: After China’s more-than-willing helping hand to Pakistan, Ambassador of Japan to Pakistan Hiroshi Inomata has said that Tokyo is adopting a “more cautious” approach when it comes to investing in the country.

China has signed multi-billion dollar deals in various sectors of the Pakistani economy. The agreements will see them predominantly investing in the energy sector, an area where Pakistan needs to make a lot of headway if it hopes to address the power crisis.

In a recently held Pak-Japan Business Forum, the Japanese ambassador was also asked if the country would like to follow suit.

“We are just more cautious,” said Inomata. “We’re not saying China is short-sighted or long-sighted but we have a more cautious approach.”

An interactive session with the Japanese ambassador also saw participants discussing at length bilateral trade between the two countries.

The session named ‘Economic relations between Pakistan and Japan’ was attended by stakeholders from different sectors including textiles, leather, pharmaceuticals and automobiles.

The ambassador also highlighted how bilateral trade between the two countries began, recent ongoing projects across different sectors and factors that hamper further investment and assistance.

Recalling his first visit to Karachi to meet the All Pakistan Textile Mills Association, he appreciated Pakistan’s contribution to the recovery of textile sector in postwar Japan.

Bilateral trade that officially started in 1954 has since then been flourishing.