He is the first Pakist­ani to receiv­e the honour of perfor­ming at the ceremo­ny
By Web Desk
Published: November 22, 2014
Tweet Email 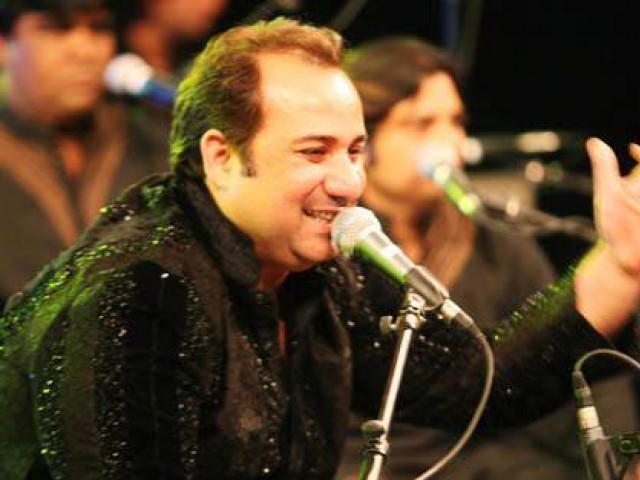 KARACHI: Renowned singer and composer Rahat Fateh Ali Khan is set to perform at the Nobel Peace Prize Awards Ceremony that will take place in Oslo on December 10, according to the Voice of America.

VOA also claims that he is the first Pakistani to receive the honour of performing at the ceremony. However, according to Junoon’s official website Salman Ahmed had also performed at the Nobel Peace Prize ceremony in Oslo in 2007.

An important part is the presentation of the Nobel Lectures by the Nobel Laureates.

The Norwegian Nobel Committee awarded the prize saying that peaceful global development can only come about if children and the young are respected.

Malala is the youngest person to be awarded the globally prestigious annual prize.

“She is (the) pride of Pakistan. She has made her countrymen proud. Her achievement is unparallelled and unequalled. Girls and boys of the world should take the lead from her struggle and commitment,” he said in a statement.