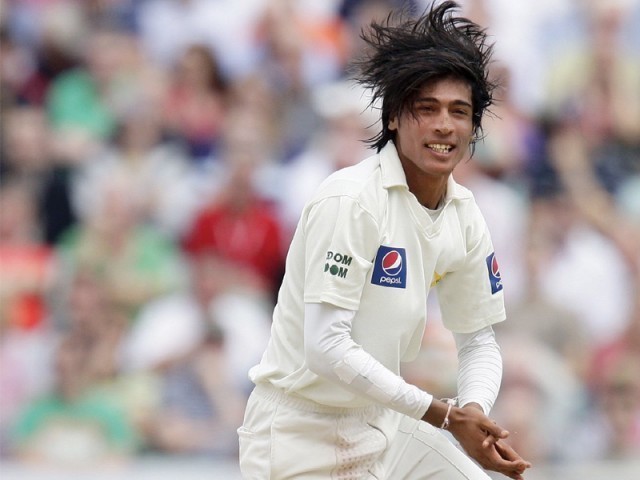 KARACHI: With efforts being increased to bring back Mohammad Amir into domestic cricket first and then into international cricket come 2015, former Test cricketer Ramiz Raja has spoken out and lamented that a man who cheated with cricket should not be allowed to play for Pakistan again.

The International Cricket Council (ICC) has made changes to its anti-corruption laws after strong lobbying from the Pakistan Cricket Board (PCB) to get reprieve for Amir so that he can play domestic cricket much before his ban ends in September 2015.

Amir’s fate is expected to be sealed in important ICC meetings in January, but Raja is not convinced and impressed it.

The fast-bowler was banned along with skipper Salman Butt and Mohammad Asif for ‘spot-fixing’ during Pakistan’s tour of England in 2010, and later served in the young offenders institute for three months from November 2011 to January 2012.

“Why is the world so keen to see Mohammad Amir back? The managers of the game, who for whatever reason are trying to fast-track him into the very system that he had wronged, have obviously not experienced the pangs of betrayal and cheating that fixing causes. I have,” Raja expressed in his column for Cricinfo.

“It is the most awful and sickening feeling. When a bunch of rogues you share the dressing room with are fighting tooth and nail to lose a match, it kills your desire to play the game, and whips up a desire to kill them.”

Raja further added that after the embarrassing episode, it took several years for Pakistan to regain pride, trust and to improve the image of the country.

“Someone needs to ask players if they want Amir back at all. After years of perseverance, Misbahul Haq and his men have been able to salvage cricket and its image. Should they be exposed to a virus now?,” he questioned.

The former Test cricketer added that he is in favour of rehabilitation and finding ways to help a young man get back on track in his life, but said he cannot be allowed to play the game that he sullied and brought disrepute to.

Raja, who played 57 Tests and 158 one-day internationals, refused to buy the argument that Amir was naive, according to AFP.

“The argument put across in Amir’s favour is that his talent was compromised at a young age due to poor judgement and his naivete, and because he comes from a poor family.”

“If that is the case, there are millions of other Pakistani youth who have had a tough start in life, and less than ideal upbringings.”

“Does that give them a licence to use underhanded means and cheat to make a living? In fact, to quote an incident, I was approached to find out why Amir had turned down a more-than-decent offer made to him by an English county just a day before he was caught,” said Raja.

“During my conversation with him regarding the offer, I realised that because the offer was a few thousand pounds short of what he expected, he was willing to let go of an opportunity to play and establish himself at a renowned and historic county. I came to the conclusion that he was not, after all, so gullible and naive about money matters.”