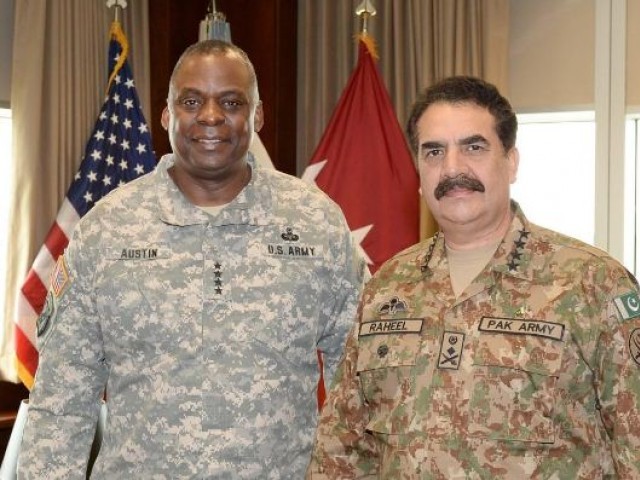 On his maiden visit to US, General Raheel has held a series of high-level meetings with American officials at the CENTCOM headquarters in Florida.

Personally received by General Austin in Tampa, the COAS was also given a military guard of honour.

Recent Indian aggression along the Line of Control was also part of discussions.

A spokesperson of the State Department told journalists that these meetings focused on a range of issues including border security and proved to be both positive and productive.

He also said that the US has a broad relationship with Pakistan and General Raheel’s visit would help in strengthening bilateral ties further.

Pakistan’s counterterrorism efforts were acknowledged by the spokesperson when he responded to a question. The ongoing Operation Zarb-e-Azb in North Waziristan was also defined as extremely important.