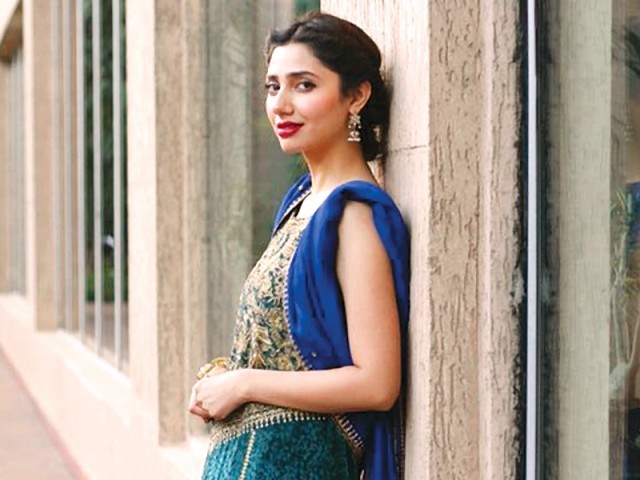 Mahira, whose Adnan Malik-starrer drama Sadqay Tumhare is currently being aired, has mostly been playing the girl-next-door prototype. PHOTOS: PUBLICITY

With a firm hand on the acting tiller, Mahira Khan has unswervingly climbed the proverbial ladder of success. From her stint as a video jockey on local music television channels to playing the loveable Khirad in the TV serial Humsafar, her career trajectory boasts a steady trend.

Known for being a fashion arbiter, she now revels in the success that Humsafar has been garnering across the border. As Mahira makes a visit to India to promote the serial, The Express Tribune speaks to her to find out about her future projects and if she’s next in line to the throne of Pakistani actors in Bollywood. Unlike her Humsafar co-star Fawad Khan, who used the drama as a springboard for his Bollywood debut along with three television serials and two telefilms, Mahira has remained selective with her roles. “Everyone has their own career paths, determined by the choices they make. I don’t think about what or how much someone else is doing. Neither do I think in terms of cashing in on success,” she says. “Humsafar was my second serial and I decided to do one more after that (Shehr-e-Zaat),” she adds.

Among the multiple projects in the pipeline, Mahira will soon be seen in the upcoming TV serial and film Bin Roye Ansoo, which is expected to release early next year. Of her character in the project, she says, “I play the role of Saba, a complex character with shades of grey. It was a difficult role in terms of keeping a balance while portraying her emotions.” She adds, “There are many shifts in the moods of the character, which had to be conveyed with subtlety.”

It can be said that Mahira, whose Adnan Malik-starrer drama Sadqay Tumhare is currently being aired, has mostly been seen playing the girl-next-door prototype. She clarifies that be it “Khirad from Humsafar or Falak from Shehr-e-Zaat or Shano from Sadqay Tumhare, they are all very different girls,” as she says. She shares that in terms of genres, she wants to experiment with comedy. “Hopefully, I’ll get to dabble in that soon.”

She shares that she is open to the possibility of working in Bollywood and that she would “love to work in any film or serial that excites (her).” She states, “I enjoy a good story and working with creative people. So, if something is worth my while, I’d venture outside of Pakistan.”

On the question of whether Pakistani TV actors’ pivot towards Bollywood would hamper the growth of the local TV industry, she says that this will in fact make space for and provide opportunities to new actors. “The roles that were being offered to, say, Fawad or Imran (Abbas) in Pakistan, will now be offered to another actor, who will get a chance to prove his mettle,” she holds.

The actor, who took the audiences by storm with her on-screen chemistry with co-actor Fawad in Humsafar, says that she may not be reuniting with him for a project any time soon. “We both are busy with our respective projects. But hopefully, if something great comes along, we will come together for it,” she shares.