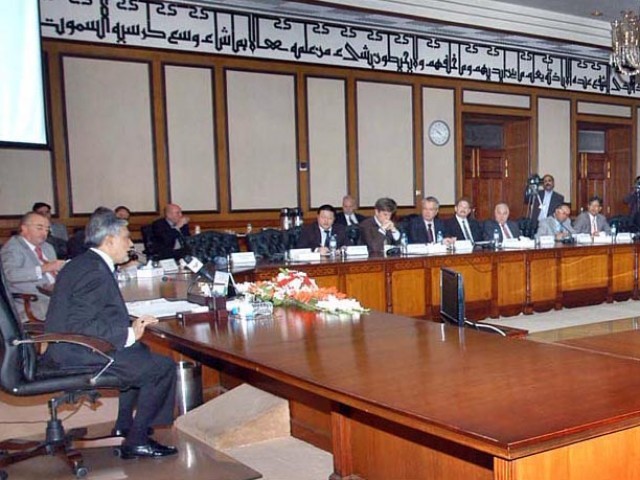 ISLAMABAD: Bilateral and multilateral donors on Tuesday pledged $700 million for the rehabilitation of Internally Displaced Persons (IDPs) and flood victims.

According to a statement issued by the government on Tuesday, the pledges were made during the Development Partners Conference chaired by the Finance Minister Ishaq Dar. The conference was aimed at providing update on the findings of the recently concluded Recovery Need Assessment (RNA) besides securing support for the IDPs and flood victims.

Presiding over the Conference, Dar said that the government would spearhead the rehabilitation programme and all activities would be undertaken under the mechanisms already established to help people in calamity-hit areas but efforts would be made to bring visible improvements.

The minister said that estimates regarding damages and rehabilitation costs have not been carried out on mere conjectures; international agencies are also currently involved in Damage Need Assessment (DNA), which will take a couple of months to finalise on a fast track basis. He added that the war on terror had taken a heavy toll on Pakistan’s resources and the recurrent floods only added to its economic woes.

The participants were then given a comprehensive presentation regarding the ongoing Operation Zarb-e-Azb and its financial implications.

According to the presentation given by World Bank’s representative, the Multi Donor Trust Fund shall help the IDPs in three phases: Relief that is ongoing, return management and recovery within 24 months, reconstruction that is beyond 18 months. The delivery mechanisms will be cash compensation, livelihood restoration, infrastructure and rehabilitation and analytical and advisory services.

Werner Liepach of ADB in his presentation said, “in response to floods 2014 and natural disasters we want to support priority rehabilitation and reconstruction needs and enhance resilience to future disasters.”

ADB proposed the establishment of a Pakistan fund for disaster management with the collaboration of government of Pakistan and the Donors. The fund’s scope of work shall be futuristic and will aim at reconstruction of the devastated areas and initiating the livelihood and prevention programs to help the affected people.

The fund will also provide a common window to pool various resources, facilitate prioritisation of rehabilitation and reconstruction efforts and serve as a vehicle for donor coordination with reduced transaction cost. The bank shall provide loan to finance public infrastructure reconstruction needs of floods.

Dar said this suggestion would be considered in the light of comments and opinion put forth by the development partners.