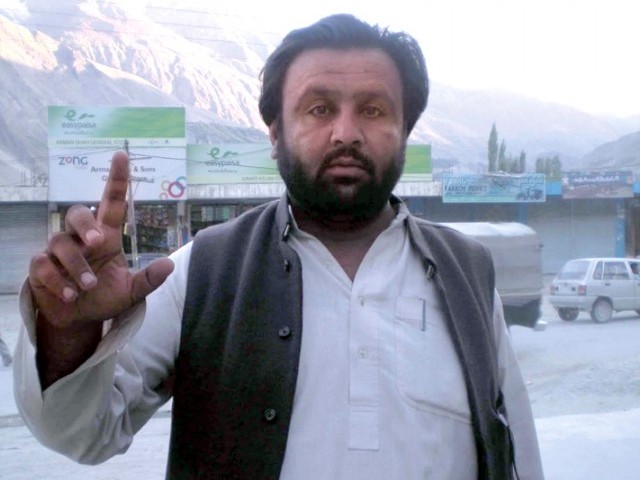 Baba Jan is currently incarcerated in Gilgit Jail after the ATC handed them life imprisonment in September 25. PHOTO: FILE

ISLAMABAD: The Awami Workers Party (AWP) has demanded an immediate release of party workers Baba Jan and Ghulam Dastgir who have been jailed under an anti-terrorism law for leading protests that turned violent.

The party held a seminar on “State Repression against Political Activists: The View from the Left” at the National Press Club on Monday. AWP leaders and human rights activists spoke against the “increasing victimisation of progressives and growing power of far-right political forces that employ violence with the blessing of state functionaries”.

AWP President Abid Hasan Minto said since the onset of the so-called ‘war on terror’, states around the world have come up with a host of new legislation under the guise of containing terrorist organisations, but in fact many of these laws have been used to muzzle progressives whose political views are considered a threat to state power.

“In Pakistan, hundreds of nationalists in Balochistan and now in Sindh have disappeared over the past few years, some of whose mutilated bodies have been later found dumped in gruesome fashion. Those who have been fortunate to survive such a brutality have been arbitrarily charged under the Anti-Terrorism Act and incarcerated such as Baba Jan in Gilgit-Baltistan, whose only crime is that he mobilised local communities to demand their rights from the authorities,” read a press release issued by the party.

Former chairperson of the Human Right Commission of Pakistan, Asma Jahangir, said while many political activists languish in courts, theirs are political cases which can be withdrawn by the government whenever it wants to do so. She said it was not an accident that it is leftists and nationalists who are consistently targeted by state agencies whereas the workers of mainstream parties, particularly religio-political organisations, hardly ever face victimisation.

Jahangir said when mainstream parties pass legislation such as the Pakistan Protection Ordinance, which clearly gives a free hand to security agencies to act with impunity, it becomes clear that real power in the country continues to be exercised by the military establishment.

AWP Punjab President Aasim Sajjad Akhtar said the Pakistani state had terrorised progressives since its inception, and has consistently labeled those that express dissenting views as ‘enemies’.