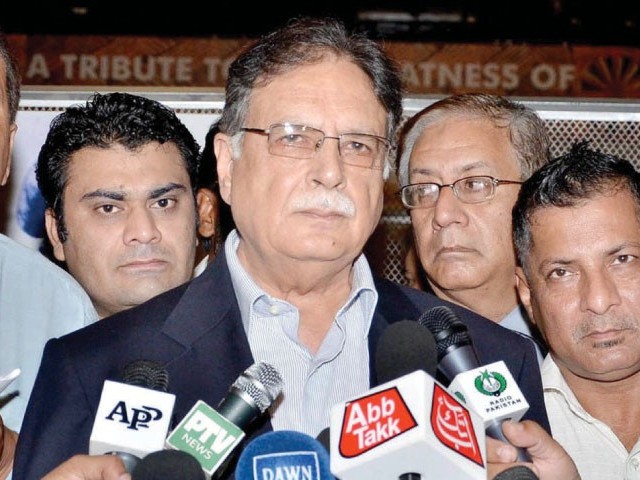 While addressing the media in Lahore after paying homage to Allama Muhammad Iqbal, Rashid said that even though the reasons for Bhagwandas refusal were unclear, no respectable person would take the post after the way Imran ridiculed  the outgoing CEC.

“All the parties, including Imran Khan, agreed on the appointment of Justice (retd) Fakhruddin G Ebrahim for the post of Chief Election Commissioner during the 2013 general elections but later Imran claimed he was responsible for rigging,” Rashid said lashing out at the PTI chairman.

Prime Minister Nawaz Sharif directed Rashid on November 7 to inform and consult various heads of political parties regarding the appointment of the new CEC.

But, the feedback that the government has received so far from political parties suggests that none of the proposed names are feasible with at least one party having reservations against the proposed candidate s and Bhagwandas, whose name the government and the Pakistan Peoples Party had both suggested for the vacant post declined the offer.

Shifting his focus to energy projects, Rashid did not reserve his criticism for the ongoing PTI sit-in in the federal capital in this regard either and alleged that the protests damaged the country’s economy.

“PTI’s sit-in would be responsible if there are any delays in the completion of the projects and provision of electricity,” Rashid said referring to government’s efforts to overcome the electricity crisis.

“The sit-ins not only negatively affected the economy but acted as a hindrance in foreign investment,” he added.

“We never ended dialogue, in fact the government started them,” the information minister said referring to the deadlock in negotiations between the PTI and the government.

“I request PTI to resume dialogue again,” he urged.

Further, the information minister condemned the lynching of a Christian couple in Kot Radha Kishan and said the murderers will be brought to justice.

Responding to a question regarding the presence of Islamic State militants in Pakistan, Rashid denied having any knowledge of the footprints of the militant group in the country.

“If any militant group under whatever name tries to create terrorism in the country, they will be dealt in the same way as militants in North Waziristan.”