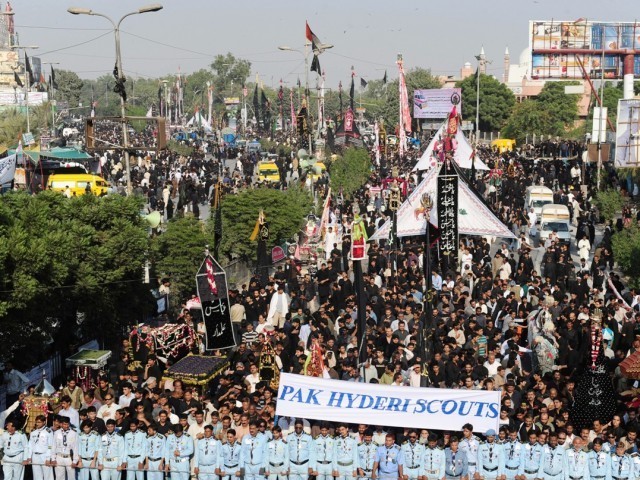 A file photo of a procession in Karachi. PHOTO: AFP

The divisional administration has set up a control room to monitor mourning processions and maintain law and order in the Rawalpindi division. The control room, which would work round the clock, can be contacted at phone No 051-9270681.

Another control room, to work at the district level, has been established at Rawalpindi City Police Officer’s office. It is accessible to public at phone No 051-9270014. Similarly, control rooms have been set up in Jhelum, Attock, and Chakwal districts.

The traffic police would deploy wardens at all the diversions to regulate the traffic, said a circular issued on Friday.