Stuck betwee­n rock and a hard place, burnt his boats, there is no other choice for Imran but to achiev­e his object­ice
By Ikram Sehgal
Published: October 30, 2014
Tweet Email 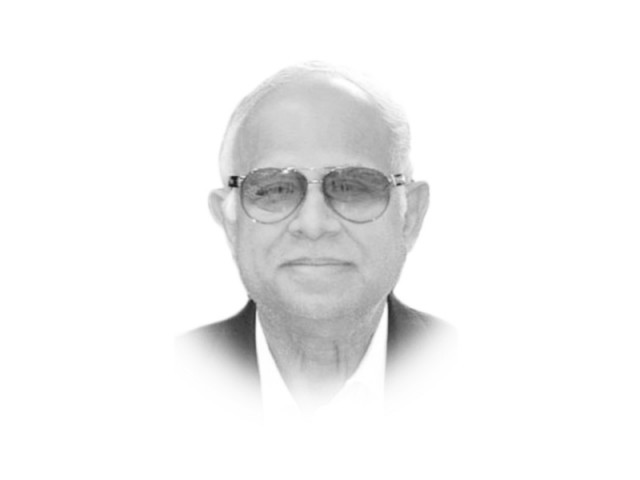 Ordered by Musa Bin Nusayr — the governor of the Muslim provinces of North Africa under the Umayyad Caliph Al-Walid I — to conquer the Visigothic kingdom in Hispania (Spain), Tariq Bin Ziyad crossed over from Morocco to mainland Europe on or about April 19, 711. Reinforced by an additional 5,000 soldiers from Musa, consisting mostly of recent converts to Islam, Tariq landed on a rock formation on the Iberian Peninsula along with his own 7,000 soldiers. Derived from Arabic ‘Jabal Al Ṭariq’, Gibraltar means ‘Mountain of Tariq’. The phrase ‘burning one’s boats’ has been inspired from Tariq burning all his ships during this expedition and means that there is no going back; either you achieve your objective or die in the attempt. Three months later, on July 19, 711, his 12,000-strong force routed King Roderic’s vastly larger 100,000-plus Visigoth army. Pushing deeper into Hispania, Tariq captured Toledo and Guadalajara while his other divisions captured Cordoba, Granada and other fortresses.

Tariq’s ‘do or die’ force was the vanguard of the Muslims, who went onto conquer most of Spain, and ensured that Muslims remained the undisputed rulers as separate emirates, loosely unified for nearly 500 years. Starting from the 13th century, the emirates fell one by one to the Christians, Muslim rule in Spain finally ending two centuries later on January 2, 1492. Muslims and Jews lived together in absolute harmony for nearly 700 years. What an irony that they were persecuted and together pushed completely out of Spain by the Christians. My very good friend Frank Neuman often reflects on this, sitting in his beautiful villa atop a cliff in Moreira (place of the Moors), overlooking the Mediterranean Sea.

Group Captain Sultan M Hali has written that “the clandestine raid, code-named Operation Gibraltar, carried out across the ceasefire line (CFL) in Kashmir in July-August 1965, was bold and audacious in planning but was immature and unprofessional in execution, resulting in the needless sacrifice of hundreds of Pakistani soldiers and volunteers; they lie in unmarked lonely graves, unsung and unheralded”. Sultan Hali says that that “volunteers” were mostly untrained and under-equipped. With proper soul-searching, the 1999 Kargil fiasco could have been avoided. Hundreds of our brave soldiers would still be alive instead of lying unclaimed on the desolate wind-swept high mountain slopes near and around Kargil. Originally planned in the 1950s, those responsible for rehashing the misadventure code-named Operation Badr should have been court-martialled. They lacked soldierly attributes and the moral courage to claim the bodies of their own slain men.

Tahirul Qadri has left Imran Khan as the ‘last man standing’ in town. Notwithstanding that, this horrible precedent would put an albatross around the neck of every subsequent prime minister. The PTI leader is determined that Nawaz Sharif should resign. Changing the system should be the primary reason for his protest. Otherwise, we will be in a limbo. Logic, if not knowledge of actual facts, suggests that Mian Sahib is emulating Asif Zardari in buying his way out of trouble. Consider Javed Hashmi’s sudden u-turn and then Qadri’s abrupt exit. Cautioned by Nawaz Sharif to not gloat over this ‘victory’, PML-N stalwarts have barely restrained themselves from falling over themselves with glee and rubbing Qadri’s nose in the dust. The morality of conveniently forgetting those who died or were injured in Model Town notwithstanding, Qadri’s denials of being a ‘sell-out’ are not very convincing.

The electoral drubbing of the PML-N-supported Hashmi in Multan was a watershed; the subsequent rallies in Sargodha and Gujrat confirm Imran Khan sustaining the momentum of having caught the imagination of the public across the broad political spectrum in Punjab, his popularity being directly proportional to the PPP’s decline. The ANP is in serious trouble in Karachi. We will have to wait for the rally in Larkana on November 21 to gauge the reaction of rural Sindh to Imran Khan.

The judgment on ‘voiding’ the NRO allowed for endless legal filibuster; those indicted as corrupt, but given immunity, kept on looting with impunity. Disqualifying the prime minister or not is a moot point. Can the judiciary avoid taking into account the seething frustration gripping the land, people asking for electoral reforms, and the lack of justice at the grassroots level? With senate elections due in March 2015, Imran Khan should concentrate on parliament quickly enacting electoral laws to include direct elections to the senate.

Alone on the Constitution Avenue, but determined to tough it out, Imran Khan is politically, the beneficiary of Qadri’s exit. Being stuck between a rock and a hard place, having burnt his boats, there is no other choice for him but to achieve his objective to obtain by a little bit of ‘madness’, the elusive freedom that is the right of all Pakistanis in a real democracy. The PML-N will go to town labeling his sit-in as an exercise in futility if he quits now. In a sense, it is Gibraltar all over again.

Will this Gibraltar be like Tariq’s successful 711 AD foray or our ill-conceived 1965 and 1999 disasters? Maybe third time lucky for Imran Khan and Pakistan?