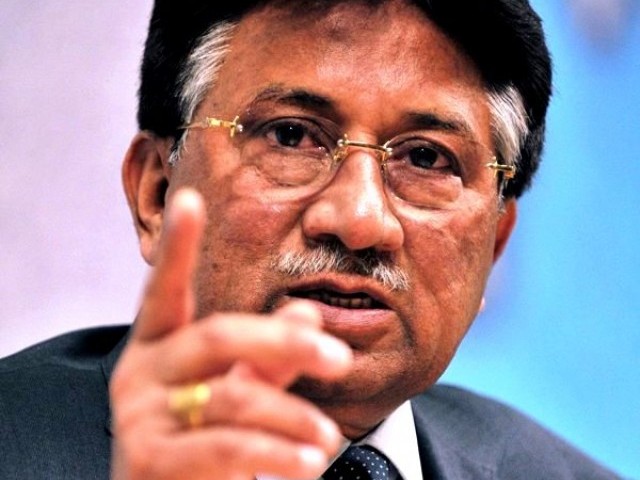 Former president of Pakistan, General (retd) Pervez Musharraf has responded to allegations made recently by Lt. Gen. (retd) Shahid Aziz that as army chief he was guilty of putting a “tight lid” on the Kargil war.

“Telling everyone about it was not necessary at all,” said Musharraf in an interview with Express News show Kal Tak that was aired Wednesday night. He added that he felt Aziz had an imbalanced personality and has resorted to character assassination by making these accusations.

“We lost the Kargil war, which was a big success militarily, because of Nawaz Sharif,” said Musharraf. “If he had not visited the US, we would have conquered 300 square miles of India.”

The former president said that the Kargil operation was not a major operation but a localized one. “Kargil was just one of many sectors all under a major general stationed in Gilgit, in charge of the area. Exchange of fire was routine there,” he explained.

He said that he would not go so far as to accuse Nawaz Sharif of betrayal, but his decision to withdraw from Kargil was a mistake. “Nawaz lost a political front which we had won militarily,” he added.

During the Kargil conflict of 1999, Aziz ran the Inter-Services Intelligence analysis wing.

“The prime consideration of such actions is security and secrecy, so the army leadership decides who is to be informed and when. As the operation progressed and the proper time arrived, a briefing of the corps commanders was also held,” he added.

“I am really astonished that Lt Gen Shahid Aziz is writing about this 10 years later,” said Musharraf when asked to comment on the accusation that he did not inform other generals.

He said that blaming the nation at this juncture of time, as Lt Gen (retd) Shahid has done, seems to be part of a conspiracy.

“It was a tactical action that had a strategic importance in which no more than a few hundred persons were involved, but which engaged thousands on the Indian side and was of tremendous importance.”

Musharraf justified Pakistani casualties in the conflict, saying that Pakistan lost only 270 men against India’s 1,600 soldiers.

India has reacted badly to the comments, asking Pakistan whether it wants to maintain a friendship with India given Aziz’s revelations that army regulars took part in the 1999 conflict.