The logic of deterrence

The logic of deterrence

India is trying to turn the tide in its favour using the deterr­ence umbrel­la for gains at the sub-conven­tional level
By Ayesha Siddiqa
Published: October 30, 2014
Tweet Email 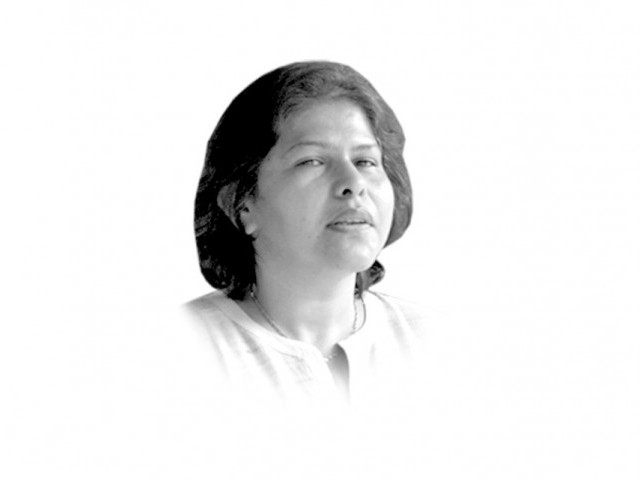 A senior retired diplomat, who is considered a guru on deterrence by many, expressed anxiety in his recently written article regarding the weakening of the nuclear deterrence between India and Pakistan. He listed 10 reasons for his concern, ranging from the Pakistan military’s preoccupation in fighting the war on terror, which means divided attention and strength, to India’s Cold Start doctrine and aggressive attitude of the Modi government. The diplomat tried to draw international attention towards the impending nuclear disaster in South Asia if New Delhi was not stopped from upping the ante in Kashmir. There is a concern that the mechanics of deterrence have shifted away from Pakistan’s advantage to India’s. So, what has changed beyond the 10 points highlighted by the senior practitioner?

Pakistan’s Sartaj Aziz laid the blame on India for using escalation for political gains inside Kashmir. India, on the other hand, suspects Pakistan’s military for scuttling the peace initiative between the two sides, which was something close to the Pakistani prime minister’s heart. Starting from his second term during the 1990s, Nawaz Sharif, and even the PML-Q government that came to power later, managed to change the perspective of the Punjabi entrepreneurial class towards ties with India. Punjab does not feel averse to dealing with India beyond conflict. However now, any mention of peace talks by Nawaz Sharif would be tantamount to shooting himself in the foot and the rest of his body.

The deterrence buffs find conditions not too good mainly due to the Indian government’s perceived belligerence. Reportedly, it declined Nawaz Sharif’s request to meet with Kashmiri leaders during his visit to New Delhi for Narendra Modi’s inauguration ceremony. New Delhi sees itself as having arrived on the international scene and so feels that it must deal with threats differently. Using the world’s eagerness to engage with India to its advantage, it feels confident in even provoking China in the South China Sea.

In the same spirit, the Modi government seems poised to test Rawalpindi’s capacity to run the Kashmir conflict on terms favourable to it. So, while former army chief Pervez Musharraf has turned into an unofficial-official mouthpiece — almost like what Dr Qadeer Khan was for General Ziaul Haq during the 1980s — and talks about Pakistan’s readiness in using nuclear weapons if and when required, the signalling from the other side is ‘let’s dare you to do that’. I remember a conversation many years ago with the senior diplomat mentioned above.

This formula contained escalation of the Kargil conflict or eruption of a war in 2002, or later, escalation of tensions post-Mumbai. However, this formula did not save the day for Pakistan during the Kargil operation. Had there been a thorough investigation of the Kargil misadventure, we may have disabused ourselves from the idea that the responsibility for our failure lay with the prime minister. The nuclear umbrella works both ways. It saved us from the expansion of conflict as had happened in 1965, but not from losing the initiative. This is certainly a lesson drawn by experts and writers like Admiral (retd) Raja Menon, who had argued in his book that Pakistani military officers are rational players and would not extend the threat to a point where either side would be forced to switch from conventional to non-conventional weapons. It is because the losses in case of a nuclear war are of a much higher scale than in case of a conventional war. Using these weapons is easier said by Musharraf than done.

The retired diplomat’s and the general’s worry does not imply that Pakistan may not be able to protect itself, but that the Modi government may want to now test Menon’s prognosis even further. Although renowned Indian journalist Praveen Swami seems to have reminded New Delhi that belligerence on the border will not change the Pakistan Army’s attitude, the Indian government appears in a mood to see how far it can push Islamabad away from the Valley, especially making it difficult for cross-border infiltration. The firepower could slow down the access of militant warriors to the Valley, especially making it difficult for new entities like al Qaeda in the Indian Subcontinent (AQIS), which seem to be concentrating on Kashmir. Nuclear deterrence still works in the region except that India is trying to turn the tide in its favour using the umbrella for gains at the sub-conventional level. Moreover, trapped on the other side of the border in Pakistan, these people could become restless and, hence, become costly for Pakistan. New Delhi also has the confidence that the international community, already suffering from a fatigue factor vis-a-vis Pakistan, will not jump to Islamabad’s help. But this could also prove to be a risky formula. The stakes could become equally high for Modi, who wants to look powerful, but also be successful in delivering economic dividends at home. A war may change it for him. Over-extending the test of military might is a formula which requires careful thought.

Modi’s plan may be to talk to Pakistan, but only when he is confident of obtaining sure gains for India. The only question is will such cost calculation be influenced by its military, which is keener to play an aggressive role in national security policymaking? A politicised military influencing decisions is always a dangerous formula (in India’s case, politicisation means involvement in realpolitiking and increased influence over national security decisions). Trained in war rather than in diplomacy, military men (whether they are serving or retired) could cloud ultimate policymaking differently. It may not even prove beneficial for operational decisions.

We may not have reached the stage of being at a greater risk of a nuclear Armageddon, but the nuclear deterrence Pandora’s box has opened yet again. At least in Islamabad, there is now an army of newly trained nuclear deterrence experts, who will get down to brass tacks to suggest a build-up.