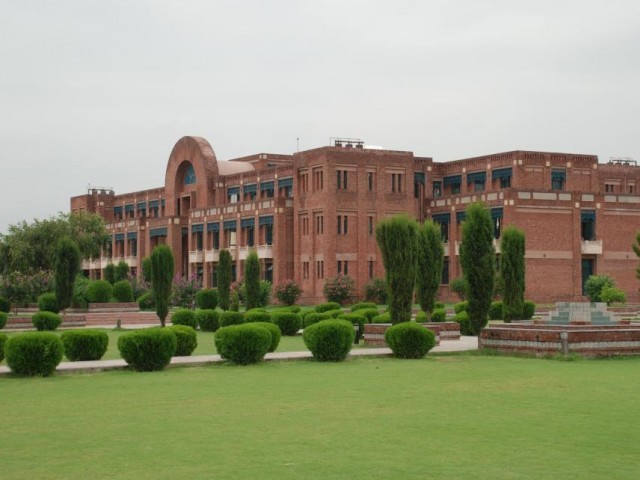 ISLAMABAD: A university has suspended three staff after students created a stall to showcase Israeli customs and traditions as part of a mock UN debating contest, officials said Monday.

Students at the International Islamic University, Islamabad (IIUI) set up the stall, which featured Israeli flags and pictures of Prime Minister Benjamin Netanyahu, as part of their “model UN” exercise at the weekend.

The display, which also included a banner saying “Welcome to the land of peace and prosperity”, triggered a furious response from right-wing student groups who smashed its contents.

Pakistan and Israel have no diplomatic relations and the Jewish state is widely disliked in the Islamic republic.

The university said the dean of the faculty of management sciences, a student affairs adviser and a female lecturer had all been suspended over the incident.

An IIUI spokesman said the university “strongly condemns” the hosting of the Israel stall and stressed that “a number of resolutions were passed against the Israeli brutalities in Palestine” at the mock UN event.

A female student said the stalls were intended to showcase the religion and culture of various countries alongside a mock UN debate about the situation in Middle East.

“Students were coming to our (Israeli) stall, they were talking to us, discussing the cultural things that were on display,” the student told AFP on condition of anonymity.

“Everything was normal until students of the female wing of IJT came to our stall and accused us of supporting Zionism.”

“They attacked the Israel stall and smashed everything, everybody was running out of the hall, it was so scary,” the student said.

The university administration immediately cancelled the event and formed a three-member committee to investigate the incident.

Tahirul Qadri to travel overseas on Tuesday to ‘reorganise party’