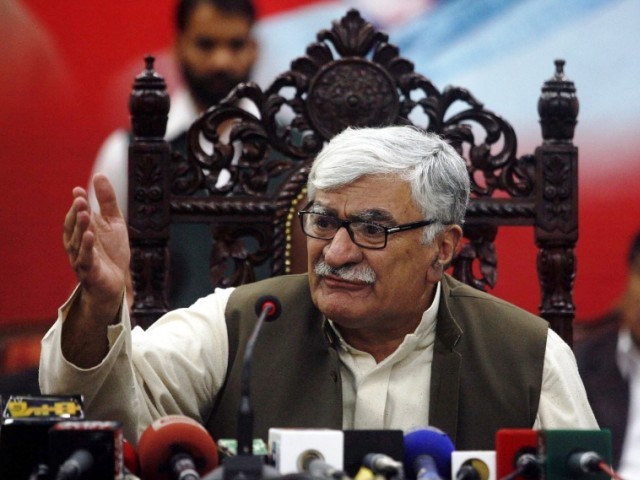 Addressing a tribal jirga in Peshawar on Monday, the ANP chief warned that if the problem is not given attention now, the repercussions could be as terrible as Bangladesh’s war of liberation 1971 which pitted East Pakistan against West Pakistan.

Speaking of the areas cleared by the Pakistan army, Khan emphasised that the army should order repatriation of the IDPs to these areas.

“The government should analyse the failures that took place during the period when IDPs came out of Waziristan, and work on ensuring that these do not take place again,” says Asfandyar.

He went on to add that when IDP’s came to Buner and Swat, they were also repatriated by the government, and the current government needs to follow this example.

Further, he said, the students of Fata are deprived as there is no university in that region.

Justice Khawaja to step in as acting CJP