Police foiled an attemp­t to target CIA office in Islama­bad when they discov­ered a parcel bomb concea­led inside books.
By Umer Nangiana
Published: November 16, 2010
Tweet Email 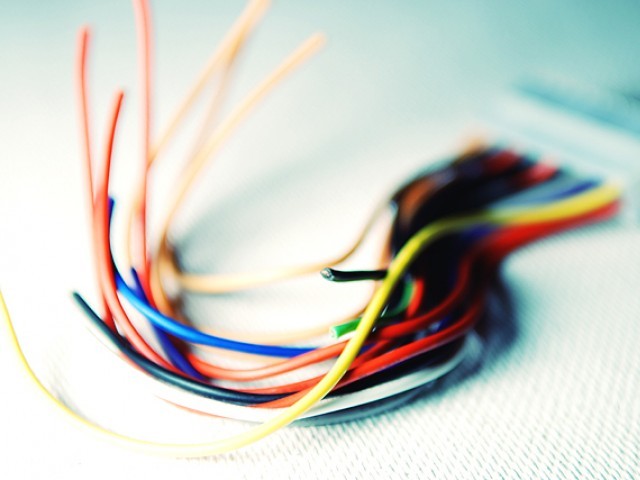 ISLAMABAD: Police on Monday foiled an attempt to target the office of Criminal Investigations Agency (CIA) with a parcel bomb and arrested an alleged terrorist. Police personnel recovered a parcel containing two books which were connected to each other by cable and fitted with a detonator.

Over four kilogrammes of explosives were concealed in the books, the Bomb Disposal Squad (BDS) officials said. “It had to go off on opening any of the books and could easily destroy a room or even beyond,” said a BDS expert.

Police said a suspected terrorist, Muhammad Rafeeq, came to the office of the CIA with a parcel containing two books and requested a meeting with the Deputy Superintendant of Police (DSP) CIA Abdur Razzaq.

During investigations, the 44-year-old suspect Rafeeq revealed that he was involved in suicide attacks on the office of the World Food Programme (WFP) in October last year. He told investigators that the suicide bomber who had targeted the Naval Complex Gate in Islamabad last year was his son, Muhammad Hanif.

Rafeeq was a resident of Orakzai Agency and was an active member of a local chapter of the Tehreek-e-Taliban Pakistan (TTP). He had a Bachelor’s degree and had also served as reader in the courts of many Taliban commanders.

He had been involved in more than seven high-profile kidnappings for ransom and was also responsible for recruiting young boys for suicide bombings which he had started with his own son. He revealed to the investigators that his son had to target a car coming out of Zardari House and went into Naval Headquarters mistakenly.